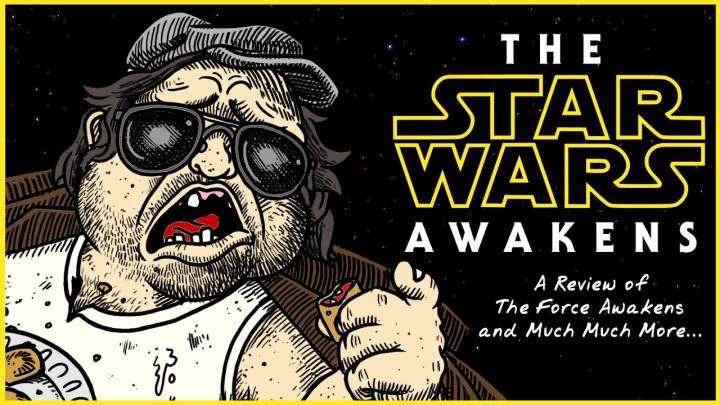 Nearly seven years ago, Red Letter Media’s Mike Stoklasa put himself on the map with a 70-minute review of Star Wars: Episode I – The Phantom Menace.

He went on to make even longer reviews for Attack of the Clones and Revenge of the Sith, both of which garnered hundreds of thousands of views. In 2012, he used his fifteen minutes of internet fame to kick off a live-action movie review show called Half in the Bag with his friends and colleagues. But now, seven years later, he has returned with his long-awaited review of Star Wars: The Force Awakens.

If you’ve never seen a “Mr. Plinkett” review before, you’re in for a very strange adventure. Mr. Plinkett is the character that Stoklasa plays in these reviews — an angry, foul-mouthed, dangerous old man who happens to have some fascinating insight on the film industry and the Star Wars franchise specifically.

Although the movie criticism takes center stage, Plinkett often takes detours from the review to talk about his personal life, which is gruesome, tragic and incredibly violent. Previous reviews have set up Plinkett as a truly terrifying villain, with kidnappings, sword fights and, of course, plenty of pizza rolls.

I don’t want to spoil any of the video, but if you’ve been waiting for a feature-length review of one of the millennium’s most highly-anticipated movies, look no further than Red Letter Media’s video review of The Force Awakens: