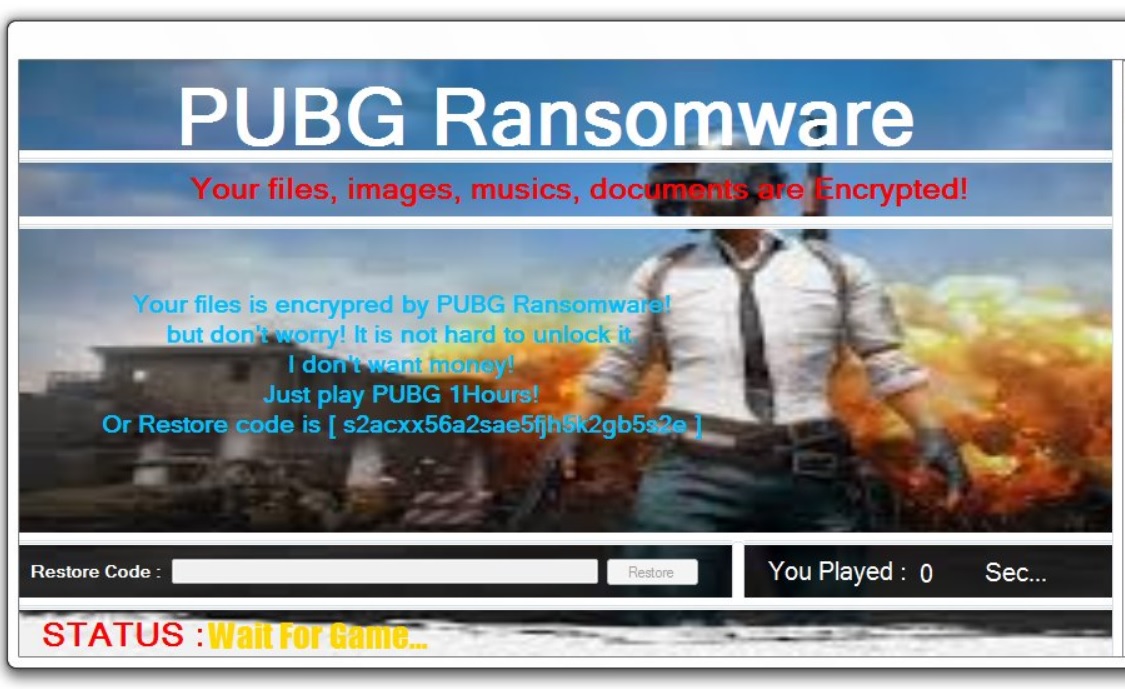 As our ability to keep private data safe and secure online continues to be tested day in and day out, be it political data firms or bad actors from other countries, it’s nice to cover lighter news on occasion. This week, a group of do-gooders who go by MalwareHunterTeam on Twitter discovered a new, hysterical form of ransomware.

Rather than force you to pay up to unlock your encrypted data, all that the so-called “PUBG Ransomware” wants you to do is play the popular battle royale game PlayerUnknown’s Battlegrounds for an hour. That’s right, if you ever want to decrypt your files on your computer, you’re going to have to play a video game.

Alright, technically that isn’t the only way to get your files back. Once the program is done encrypting all of your files with the .PUBG extension, you can also just enter the restore code, which is helpfully provided in the window of the program. Just type in “s2acxx56a2sae5fjh5k2gb5s2e,” press Restore and you’re good to go.

If you want to follow the primary instructions though, BleepingComputer says that the ransomware works as intended as well. While active, the ransomware will constantly monitor all running processes, looking for one called “TslGame.” As soon as it sees this executable running for three seconds (not one hour as the text on the window warns), all of your files will automatically be decrypted and you can move on with your life.

This is clearly little more than a joke, but at least the developer of this ransomware wasted his time making something funny rather than something that will result in your parents calling you to figure out how to wire money.