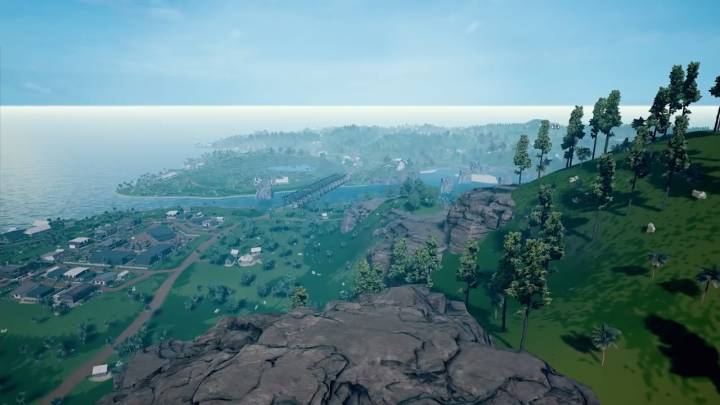 Earlier this month, PUBG creator Brendan Greene shared a roadmap for the ultra-popular battle royale game in 2018. Along with a new emote system, new game modes and new vehicles, Greene revealed that the team is working on a 4x4km island map which will feature higher player density and shorter matches so that players will have the ability to participate in “a much more intense and faster paced Battle Royale experience.”

Greene promised players that they would have a chance to get their hands on the new map (which will be the game’s third map overall) earlier than they did the desert map in order to give them more time to provide input to developers. Then on Friday at GDC 2018, Greene shared the first in-game footage of the map in action.

In a one year anniversary video shared on YouTube today, PUBG Corporation announced that public testing for the 4×4 map will begin in early April. Now that the game has been officially launched on PC and early access testing is underway on Xbox One, the team wants to get back to working on new features for PUBG again. You can skip to around 1:40 in the video below to see what the map will actually look like when it arrives next month:

One of the biggest differences between Fortnite and PUBG is the size of the maps. PUBG’s maps are both enormous, necessitating vehicles to get from one side of the map to the other. Fortnite’s map is much smaller, which means that fights break out more often and getting to the circle isn’t a major concern. The idea of combining the chaos of Fortnite with the gameplay of PUBG is sure to be appealing to a ton of players, and could even give PUBG an edge.