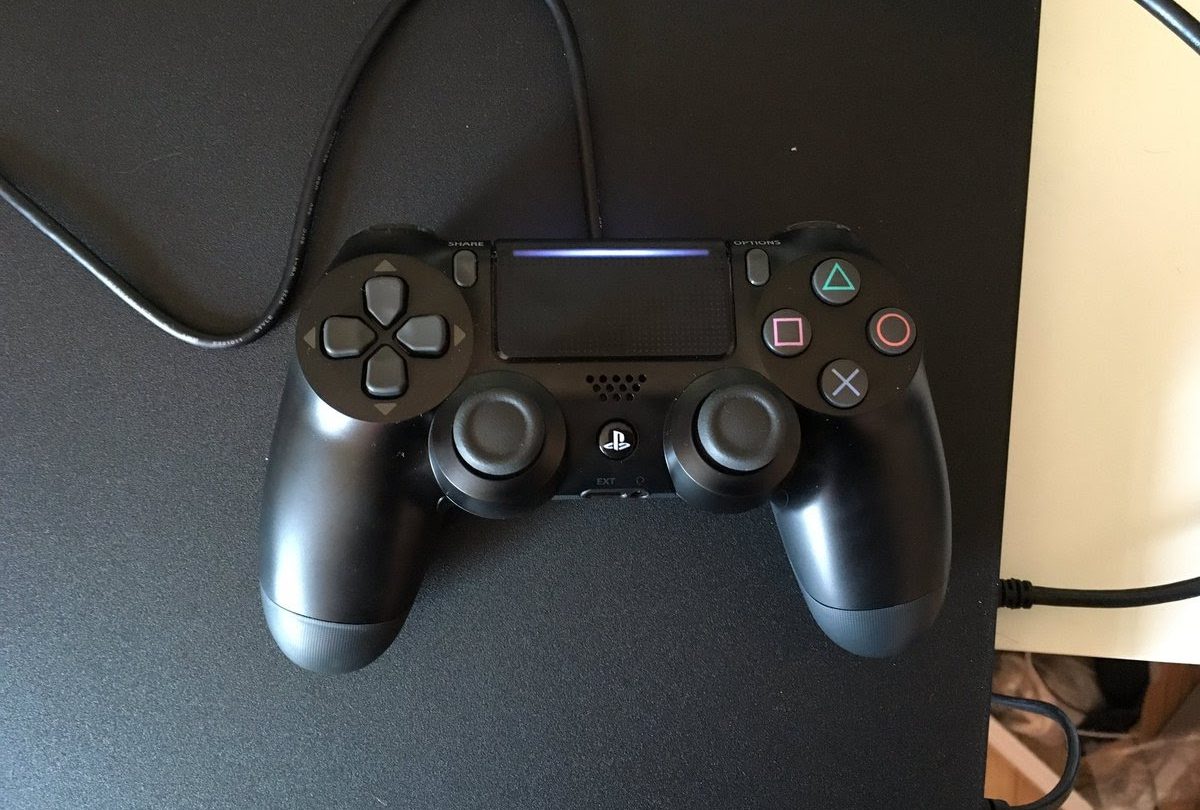 A week from today, Sony will take the stage at the PlayStation Theater in New York City to announce the new PS4 Slim. Unfortunately, the surprise has already been ruined by countless leaks over the past few weeks, culminating in a full review and unboxing video from Let’s Play Video Games on Tuesday.

One important thing to note about the slim model of the PlayStation 4 is that it isn’t equivalent to the Xbox One S. It doesn’t support 4K Ultra HD video, it won’t bring HDR support to your games and it isn’t faster or more powerful than the PS4 on store shelves right now. It’s just smaller and sleeker.

Although the slim console itself is virtually identical to the original PS4, the controller that comes included in the box is different. Not only does it feature a small light bar above the touchpad, but it also transfers data over a wired connection when it is physically connected to either the PS4 or the PS4 Slim console.

This is a small, but significant, change from the old DualShock 4, which uses Bluetooth to connect to the PS4 regardless of whether or not it’s plugged in. For most players, this won’t mean anything, but for hardcore gamers who want to know they are getting the best response time possible, it’s a nice addition.

You can see everything else that the new standard PlayStation 4 model has to offer in the unboxing video below, and be sure to come back to BGR next week when we’ll have more details about the PS4 Slim’s availability: