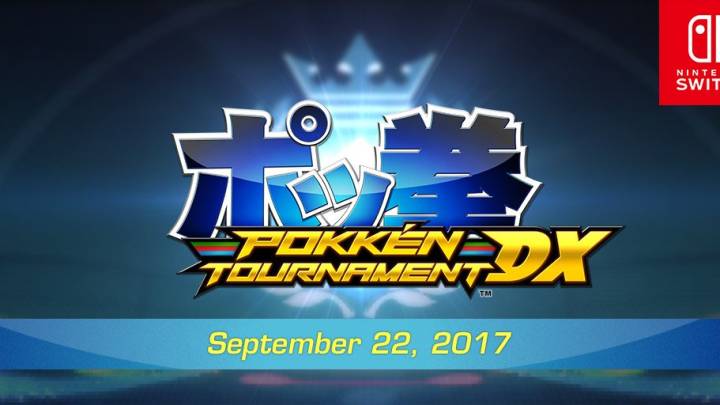 Three months after the launch of the Nintendo Switch, The Pokemon Company has announced the first Pokemon game for the new console. Unfortunately, it’s not the Pokemon game we were expecting. In a livestreamed Pokemon Direct on Tuesday morning, the developer revealed that Pokken Tournament DX, an enhanced version of the Wii U game, will arrive on the Switch on September 22nd.

Much like Mario Kart 8 Deluxe before it, the deluxe version of Pokken Tournament will feature improved graphics, new modes and new characters, including Scizor, Croagunk and Decidueye. Nintendo will have a playable demo of the game at E3 2017 and will also host a tournament on June 13th.

In addition to Pokken Tournament DX, Nintendo also unveiled Pokemon Ultra Sun and Pokemon Ultra Moon for the 3DS. These two mobile entries will be set in the same region as the original Sun and Moon, but will tell a new story and feature Pokemon that didn’t appear in Sun and Moon. That’s all we know about the two games for now, but we should learn more before they launch on November 17th.

Finally, Nintendo is bringing Pokemon Silver and Pokemon Gold to the 3DS Virtual Console on September 22nd as well. These were the second main entries in the Pokemon series after Red and Blue, so it’s great to see them making their way to modern consoles this year.

Sadly, we didn’t see any evidence of a traditional Pokemon game coming to the Switch. There’s a chance Nintendo is simply saving it for E3 2017, but with the Ultra Sun and Ultra Moon announcement, we aren’t getting our hopes up. One of these days Nintendo will finally give us the console Pokemon game we want. It might not come this year, or the next, but one day… it will happen.