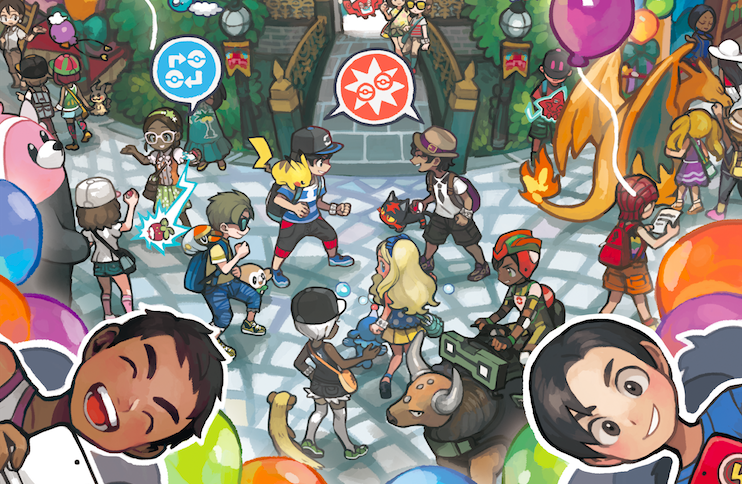 If you’ve been playing Pokemon Sun or Pokemon Moon since they launched on November 18th, there’s a good chance you’ve caught a few dozen Pokemon in the Alola region by now. Well, you’re going to have to do better than that if you want to help out during the game’s first global mission, which begins today.

RELATED: How to catch every Legendary Pokemon in Sun and Moon

Global missions are a new feature of the Pokemon Global Link in Sun and Moon, tasking everyone to chip in to reach a common goal that rewards everyone who participates. The first global mission? Catch an astounding 100 million Pokémon between November 29th and December 13th, 2016.

If you want to participate, head to the Festival Plaza by tapping on the icon in the menu of your Pokedex. Once you reach the Plaza, head into the castle directly behind you and interact with the PC to your right at the entrance. Select the “Game Sync” option, connect to the internet and create a Game Sync ID.

Once your ID has been issued, talk to the woman standing at the desk next to the PC and select the “global mission” option from the menu. Register for the mission, go out and catch a Pokemon and you have officially helped reach the goal!

If you ever want to check and see how many Pokemon you’ve caught during the mission, you can do so by talking to the woman at the Festival Plaza castle.

At the time of writing, only 17,000 Pokemon have been caught, but if the millions of Pokemon Sun and Moon players can band together to catch 100 million Pokemon by December 13th, everyone who registered will receive 1,000 Festival Coins to use in the Festival Plaza. If the goal isn’t met, everyone who participated will still receive 100 Festival Coins, so it’s worth signing up either way.