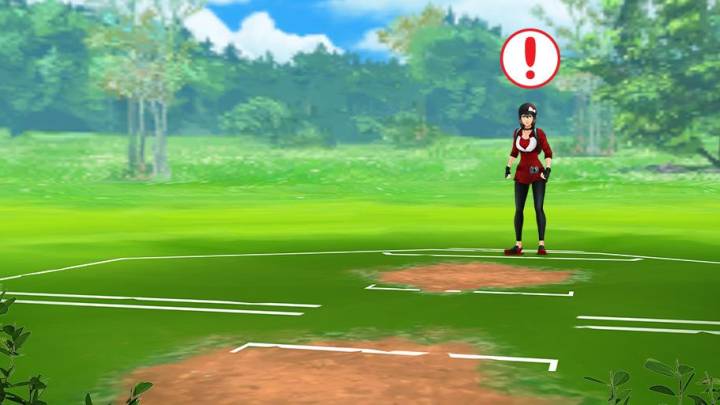 When Pokemon Go launched in the summer of 2016, it was missing many of the key features that define a Pokemon game. There were no Legendary Pokemon, you couldn’t trade your Pokemon with other trainers, and most egregious of all, you couldn’t battle anyone else directly. Niantic has addressed the first two issues in the months since launch, but it was still unclear when player vs. player battles would be added to the game.

We still don’t have a date yet, but after announcing the feature would be ready before the end of 2018 back in August, the development team confirmed that trainer battles “are coming soon” on Friday morning.

Niantic spent all of Friday morning teasing the announcement with a series of mysterious tweets, each one clearer than the last. In the second-to-last tweet, the team shared an image (the one at the top of this post) which appears to give us a taste of what the battleground will look like on a mobile device when we challenge other trainers to a battle. Unfortunately, we don’t have any more details or release information for the time being.

The team behind Pokemon Go has been talking about adding player vs. player battles to the game for years. The Pokemon Company president Tsunekazu Ishihara referred to trainer battles as a “fundamental Pokémon experience” in a Bloomberg interview last September, claiming the team had only achieved 10% of what it wanted to accomplish with Pokemon Go. In other words, the arrival of trainer battles was always just a matter of time.

It doesn’t look like Niantic has anything else to add regarding trainer battles today, but we’ll be sure to update this post if a blog post pops up at some point later today. In the meantime, the latest Community Day is kicking off now, and will feature every Pokemon species that had its own Community Day throughout 2018.