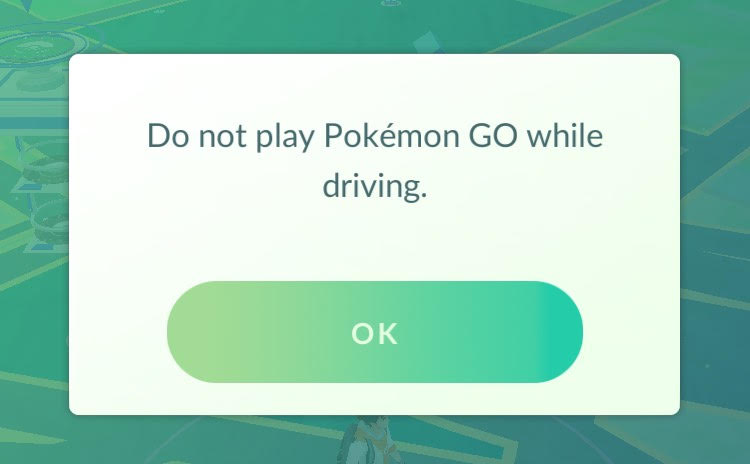 Pokemon Go might be a worldwide phenomenon, but not everybody loves it. In fact, on Thursday, Reuters reported that traffic violations in Taiwan have spiked since the game launched in the country last weekend. In just a few short days, Taiwan police have issued over 1,200 tickets for smartphone use while driving.

“The whole country is using their smart phones like crazy playing this internet game,” said Yen San-lung, the Taiwan police department’s head of law enforcement in the traffic division.

“When driving, it’s easy to be distracted when using your mobile phone and this causes accidents. So the police will enhance efforts to fine drivers who use their mobile phones,” Yen said.

Niantic has done its best to warn Pokemon Go players not to drive and catch ’em all simultaneously, even going so far as to add a notification about driving that appears every time you turn on the game, as well as a warning that appears when the game detects that you are traveling above a certain speed.

Beyond putting the lives of Taiwanese drivers at risk, Pokemon Go is also ruining social outings. One woman was frustrated that her partner seemed to be more interesting in catching Pokemon than paying attention at the Taipei Zoo:

“I’m very dissatisfied because from the moment we entered he started to take out his phone and play. Play, play, play non-stop,” Chen Ting-ju said.