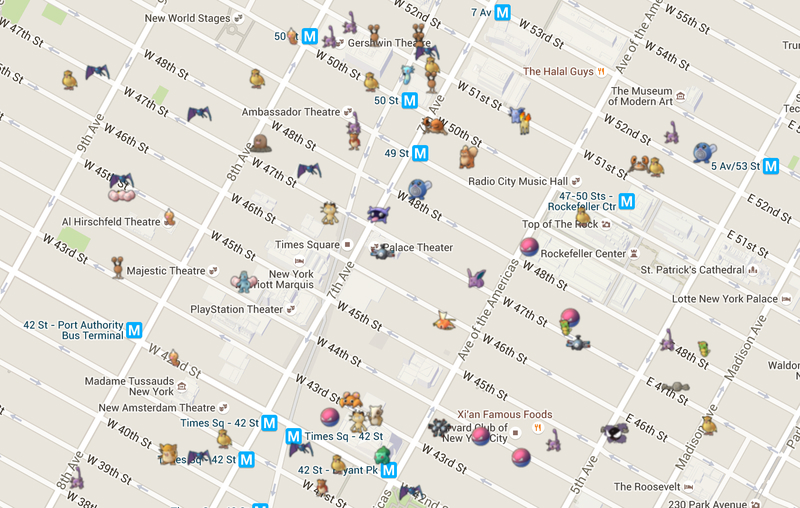 When Niantic shut down some of the most popular third-party Pokemon Go trackers last weekend, the backlash was swift. Whether or not these online trackers were in the spirit of the game didn’t matter to players—they simply wanted a way to find specific Pokemon without having to wander around aimlessly.

After a week of nonstop turmoil, Niantic finally issued an official update on its website on Thursday, attempting to quell the anger and explain why taking the trackers offline was necessary for the future of the game.

DON’T MISS: Legendary Pokemon are being removed from Pokemon Go

Here’s why the developers had to put an end to third-party trackers:

Running a product like Pokémon GO at scale is challenging. Those challenges have been amplified by third parties attempting to access our servers in various ways outside of the game itself.

As some of you may have noticed we recently rolled out Pokémon GO to Latin America including Brazil. We were very excited to finally be able to take this step. We were delayed in doing that due to aggressive efforts by third parties to access our servers outside of the Pokémon GO game client and our terms of service. We blocked some more of those attempts yesterday. Since there has been some public discussion about this, we wanted to shed some more light on why we did this and why these seemingly innocuous sites and apps actually hurt our ability to deliver the game to new and existing players. The chart below shows the drop in server resources consumed when we blocked scrapers. Freeing those resources allowed us to proceed with the Latin America launch.

Clearly, trackers had a major effect, but they aren’t the only issue:

In addition to hampering our ability to bring Pokémon GO to new markets, dealing with this issue also has opportunity cost. Developers have to spend time controlling this problem vs. building new features. It’s worth noting that some of the tools used to access servers to scrape data have also served as platforms for bots and cheating which negatively impact all Trainers. There is a range of motives here from blatant commercial ventures to enthusiastic fans but the negative impact on game resources is the same.

Of course, there are also outright hackers out there attempting to break into systems, hijack social media accounts, and even bring down the service. Some of them have posted publicly about their attempts.

We don’t expect these attempts to stop. But we do want you to understand why we have taken the steps we have and why we will continue to take steps to maintain the stability and integrity of the game.

Losing Pokevision has been tough—tough for players and tougher still for the creator of the app—but it was a necessary sacrifice in order to bring the game to new markets. According to Niantic, if we want Pokemon Go to survive, we’re going to have to live with the fact that accessing the servers is off-limits.

In the meantime, Niantic assures its fans that it has “heard feedback about the Nearby feature in the game” and will continue to improve it.