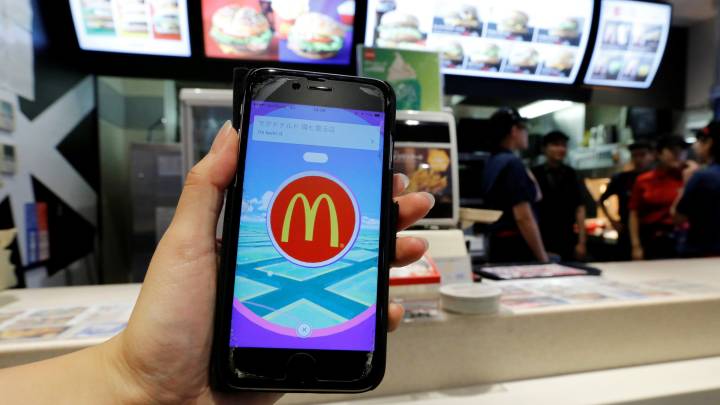 Now that Pokemon Go has finally launched in Japan, trainers are finally getting their first look at sponsored locations. In case you haven’t heard, developer Niantic Labs is partnering up with some big-name sponsors to convert certain locations into Poke Stops and gyms inside the game, starting with McDonald’s.

The image you see above from Toru Hanai at Reuters is our first look at a sponsored Poke Stop, which unsurprisingly looks a great deal like a normal Poke Stop.

The great thing about the Pokemon Go sponsorship deals is that they don’t affect the gameplay in any noticeable way. You won’t find Ronald McDonald or Grimace running around the map — rather, you’ll just know in the back of your head that any of Japan’s 3,000 McDonald’s locations would be a prime place to pick up some Poke Balls or Potions before you continue on your journey.

Ingress, the previous location-based game from Niantic, also features several well known sponsors all around the world. The company has yet to announce any definitive plans for other sponsors inside or outside of Japan so far, but don’t be surprised to see sponsored Poke Stops in the United States before too long.

In the meantime, be sure to check out PokeVision — the best site for keeping track of Pokemon in real-time. It’s a vital tool if you want to catch ’em all.