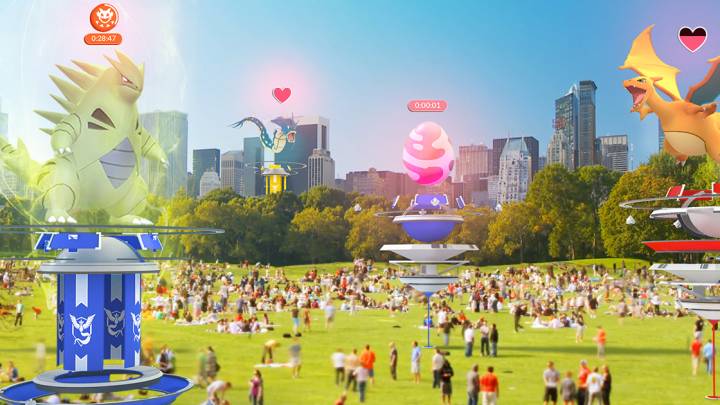 With the first anniversary of Pokemon Go swiftly approaching, developer Niantic has been hard at work on several massive updates for the record-breaking mobile game. We began to see the fruits of its labor last week when Raid Battles were added to the game alongside the highly-anticipated gym overhaul. Raid Battles occur when a Boss Pokemon takes over a Gym. Up to 20 trainers can cooperate to beat the boss, which will give them the chance to catch the boss and collect rare items from the Gym.

But before you go rushing out to take on a Raid Boss, you should probably know what you’re up against.

There are currently five tiers of difficulty in Pokemon Go Raid Battles. Tiers 1 and 2 are represented by pink eggs on top of gyms, tiers 3 and 4 will hatch from a yellow egg and tier 5 will supposedly come in the form of a dark egg. While the feature has only just been introduced and there is still plenty we don’t know, Pokemon Go Hub has put together a running list of the Boss Pokemon in each tier. Below, we’ve listed all of them alongside their corresponding weaknesses so that you’ll know how to beat them:

It has yet to be confirmed, but tier 5 is expected to consist of Legendary Pokemon, such as Articuno, Zapdos, Mewtwo, Lugia and Ho-oh. This would line up with the original announcement trailer, which showed a group of trainers gathered in Times Square, all trying to defeat Mewtwo together.