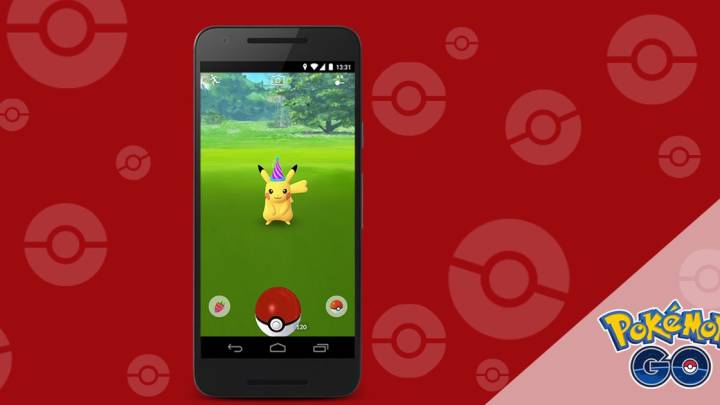 Getting motivated to start another week of work can be difficult, but if there’s one thing that can cheer anyone up on a gloomy Monday, it’s Pikachu wearing a party hat. As we noted last week, February 27th is Pokemon Day — the day that the first Pokemon games launched in Japan — and as part of the celebration, Niantic is bringing a new, festive Pikachu to Pokemon Go for a limited time.

Starting on Sunday, Niantic added a special edition Pikachu to the world of Pokemon Go. As with the Santa hat Pikachu from the holiday event, this will be your only chance to catch party Pikachu (possibly ever, but at least until next February), so be sure to log on and catch one before the event concludes on March 6th.

Unlike previous events, there don’t appear to be any additional perks for participating in the Pokemon Day event. No sales on the item shop or increased candy for catching Pokemon — just a festive Pikachu. Also, party Pikachu doesn’t appear to be spawning as frequently as previous event Pokemon (it was almost impossible to escape Santa hat Pikachu), so you might have to do some searching this time around.

As some observant trainers over on the Pokemon Go subreddit have discovered, wild Raichus don’t appear to be wearing the party hats, but if you evolve a party Pikachu, the resulting Raichu will also have a hat.

With Easter right around the corner, we can likely expect at least one more big event within the next two months. In the meantime, check out all the region exclusive Generation 2 Pokemon in Pokemon Go.