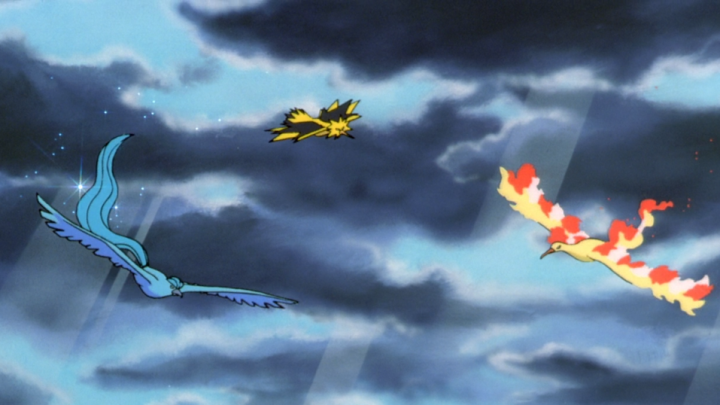 Once the dust had settled following the launch of Pokemon Go, the first thing that everyone wanted to know was where they could find the game’s Legendary Pokemon. There were rumors that Niantic would hold special, limited-time events where teams would compete against one another to capture one of the three Legendary birds, but a month later, we’re still waiting for confirmation.

Interestingly, it appears that the Legendary Pokemon became restless, because a few lucky individuals managed to find them out in the wild.

DON’T MISS: Niantic just made it a lot harder to catch Pokemon

It all started when a couple from Ohio claimed they had received an Articuno (one of the Legendary birds) from the developers of the game. They clearly had an Articuno, as they went so far as to live stream themselves with the bird to prove it was real, but most of us assumed they had spoofed it.

As it turns out, something fishy was definitely going on, as Niantic told Geek.com that the Pokemon “was not from Niantic.” According to the developers, “it’s either a spoof or someone hacked the game.”

The story doesn’t end there.

On Wednesday morning, several publications reached out to Niantic regarding the Legendary Pokemon and learned that although the Ohio couple might have been lying, players were actually stumbling across Legendary Pokemon in the game. But rather than letting players keep the Legendaries, Niantic was stripping them from players’ accounts as soon as they found them:

“We recently noticed that a few Legendary Pokémon got into a few accounts when they shouldn’t have. To preserve the game’s integrity and as a measure of fairness, we have rectified the situation and revoked the legendary Pokémon from the Trainers’ accounts.”

It’s not clear how or why some players were able to get their hands on Legendary Pokemon without cheating, but some players suspect it might have something to do with the bug that’s transforming Pokemon after they’re caught.

In the meantime, Niantic has made it clear to all players that Legendary Pokemon are not meant to be found quite yet.

“A few of our Legendary Pokémon had erroneously been granted to some Trainers,” Niantic explained on Facebook. “Thanks to the help of several of our Trainers, we were able to locate them and bring them home safely.”