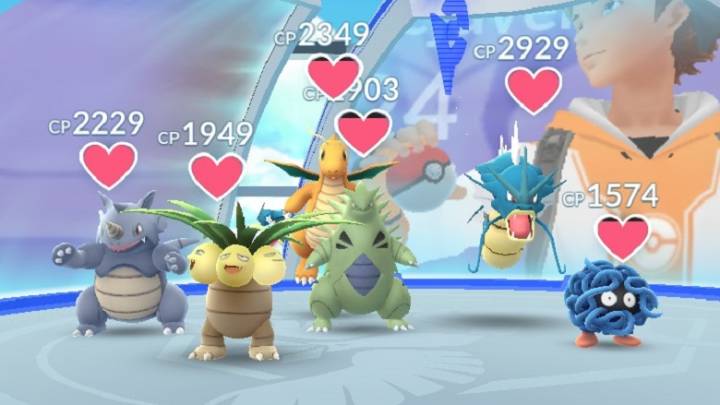 On Thursday afternoon, Pokemon Go developer Niantic flipped a switch and activated the game’s new and improved gyms. Revealed earlier this week, the revamped gyms are the most substantial change Pokemon Go has seen since launch, introducing a new motivation system, allowing trainers to feed berries to Pokemon in an allied gym and letting trainers spin the Photo Discs at gyms.

One element of the gym update that Niantic didn’t explain was the new system for collecting PokeCoins. Thankfully, it didn’t take long for the internet to figure out how the new system works.

Before the update, there were two ways to acquire PokeCoins. Trainers could either buy them from the in-game shop or place up to ten of their Pokemon in ten different gyms, cashing out for 10 PokeCoins a piece. After 21 hours, the option to cash out would become available again.

Following the gym update, you no longer have to manually cash out to collect PokeCoins. Instead, your Pokemon will automatically bring PokeCoins back when it returns from a gym. The amount of coins it brings back corresponds to the number of hours it defended, so if you leave a Charizard in a gym for four hours before it gets defeated, it will return to your inventory with four PokeCoins in tow.

The system has changed, but the limits for PokeCoin collection are the same. You can only collect up to 100 PokeCoins a day, which in turn means you can only collect 700 a week. Additionally, your Pokemon has to defend for at least an hour to get a coin, so if a gym is taken over 52 minutes after you put your Pokemon there, it will return with nothing.

UPDATE 3:50PM: Trainers were unhappy with the new system, so Niantic adjusted it at some point on Friday afternoon. Now, Pokemon defenders in gyms will gain a PokeCoin every 10 minutes (instead of every hour), but can only bring back up to 50 PokeCoins in total per day (instead of 100).