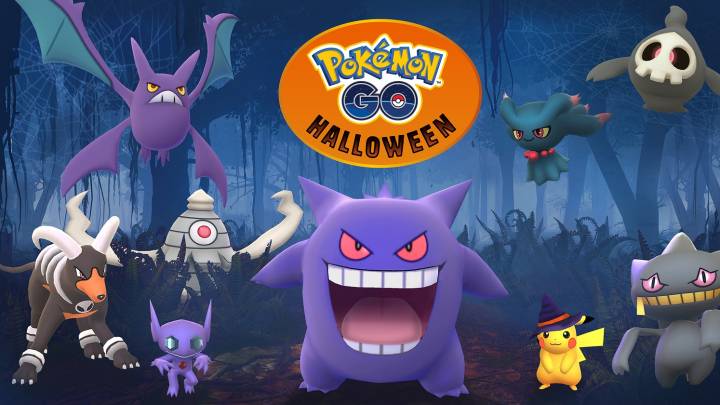 After months of rumors, leaks and anticipation, new Pokemon are finally coming to Pokemon Go this weekend. On Thursday, Niantic officially announced the Halloween 2017 in-game event, which will introduce Sableye, Banette and other Ghost-type Pokemon from Pokemon Ruby and Sapphire to the world of Pokemon Go.

While only a few Generation 3 Pokemon will be added to the game during the Halloween event — which begins on October 20th at 12:00 PM PT and ends on November 2nd at 1:00 PM PT — Niantic says that more creatures from the Hoenn region will begin to arrive in Pokemon Go as early as December.

In addition to the first Generation 3 Pokemon, a new Pikachu variant in a spooky (but pretty cute) Halloween costume will appear in the game during the event. You can also get Mimikyu’s Disguise Hat from the in-game store to dress up your avatar and get in the Halloween spirit. Mimikyu was actually introduced in Pokemon Sun and Moon.

But that’s not all: Candy rewards for catching Pokemon, hatching eggs and transferring Pokemon to the professor will all be doubled for the duration of the event. Plus, your Buddy Pokemon will find candy twice as fast during the event. And finally, special boxes in the store will feature items like Raid Passes and Super Incubators.

This is one of the first substantial in-game events since Niantic debuted Raid Battles and Legendary Pokemon in Pokemon Go earlier this year, so if you’ve been waiting for the right time to jump back in, this might be it. Watch a short video below to see what some of the new Pokemon look like in action: