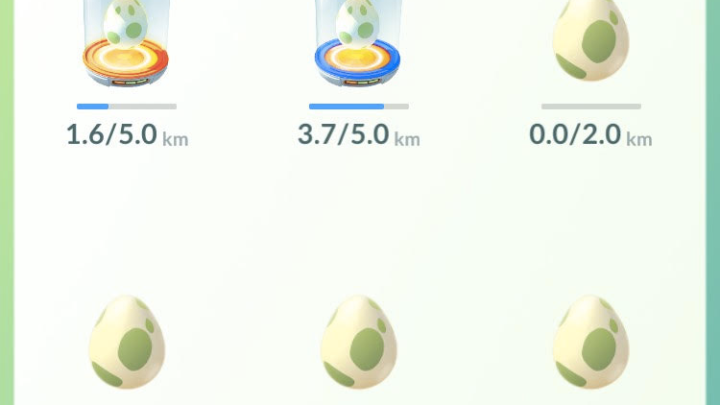 At the end of the day, every Pokemon Trainer has only one goal in mind: catching them all. That’s the key tenet of any Pokemon adventure, but with Pokemon Go, it’s more difficult than ever to actually accomplish that goal.

Not only are some of the rarest Pokemon currently impossible to catch, but others can only be found in specific regions, so the only way to add them to your collection is to hatch them from an egg. For the most part, this simply requires a great deal of walking, but over the weekend, CNET published some worthwhile tips to help you hatch eggs more efficiently in Pokemon Go.

The first step is to acquire eggs and incubators (which are necessary to hatch the eggs). Everyone starts the game with a single infinite incubator, but players are rewarded with 3-use incubators every five to ten levels. You can also buy a temporary incubator for 150 PokeCoins, if you need more.

Eggs, on the other hand, can only be picked up from PokeStops. You can hold up to nine eggs in your inventory, and they come in three different varieties: 2 kilometer, 5 kilometer and 10 kilometer. The further distance you have to walk to hatch them, the rarer the Pokemon you receive will be.

As you might expect, 2km and 5km eggs are much more common than 10km eggs. This wouldn’t be quite so frustrating if you could delete unwanted 2km eggs from your inventory, but the only way to get rid of an egg is to hatch it. So if your inventory is filled with 2km and 5km eggs, you need to hatch at least one before you can pick up another egg.

Now that you understand the basics, let’s discuss a couple of ways to hatch eggs without actually walking around for hours on end. As CNET notes, the city bus is arguably the only way to hatch eggs while in a moving vehicle. The GPS in Pokemon Go doesn’t work if the player is moving too fast, so driving down the interstate at 70 miles per hour won’t get you anywhere.

Some players have also had success tying their phones to ceiling fans and record players, but you’re going to want to make sure the phone is securely fastened before you turn the fan on high.

Despite all of the bug fixes and additional features that Niantic has brought to Pokemon Go since launch, the app is still far from perfect. You will occasionally run into issues when hatching eggs, so just be patient and make sure the distance is being recorded appropriately before you head out for a walk.