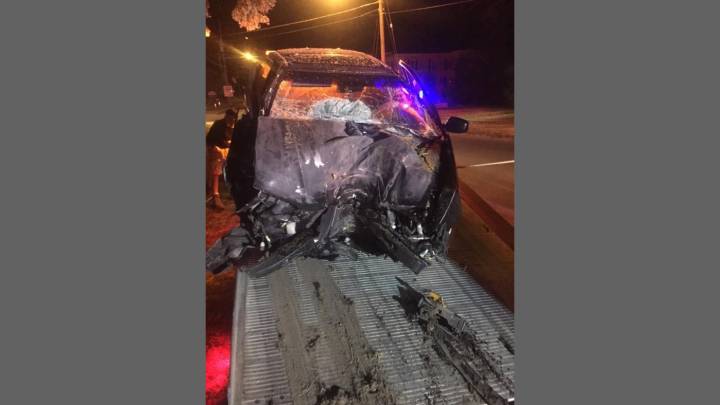 It was bound to happen eventually, but on Tuesday, July 12th, a 28-year-old driver in Auburn, New York reportedly crashed into a tree while playing Pokemon Go. According to the Auburn Police Department, the driver admitted that he was distracted by the app and ran his vehicle off the road.

Thankfully, the injuries were relatively minor — cuts on his legs and disorientation. He was sent to the Auburn Community Hospital, but should recover promptly.

That said, Police Chief Shawn Butler tells Auburn’s The Citizen that the engine “was actually starting to come into the passenger compartment.” In other words, the driver was very lucky he wasn’t seriously injured or killed.

Following the incident, the Auburn PD released an advisory reminding drivers to use “common sense” when it comes to catching Pokemon and keeps their eyes on the road at all times (even if there’s a Charizard lurking about).

Here are the bullet points from said advisory:

That first point—not trespassing on private property—seems to have been an especially hard rule to follow, as we noted in our list of the most inappropriate places to play Pokemon Go, but these should be good rules of thumb for any player.

So feel free to keep catching ’em all, just be safe and smart about it.