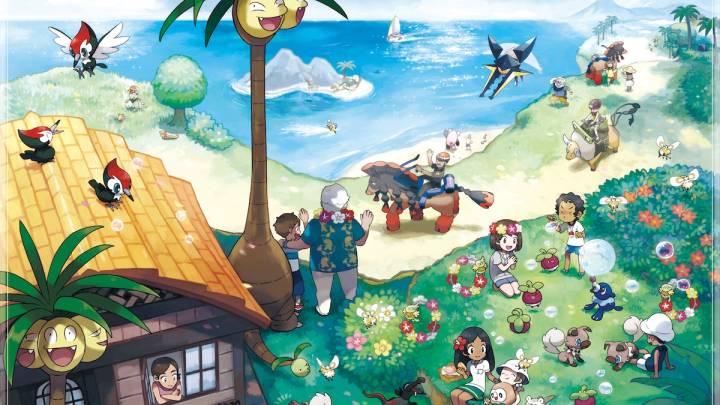 Yesterday, Nintendo revealed that it would hold a Pokemon Direct live stream on Tuesday morning at 10 AM ET. The only two things we know about the stream are that it will feature exciting news for Pokémon fans and that it will last just eight minutes. That’s enough time for one big announcement.

The last time that Nintendo held a Direct specifically for Pokemon was back in February 2016. That was when Pokemon Sun and Pokemon Moon were announced for the Nintendo 3DS. Since then, there’s been rampant speculation that Nintendo would port Sun and Moon to the Switch under the working title of Pokemon Stars. If I had to guess, I would assume that’s what this Direct is going to be about:

On the other hand, that would be a pretty massive reveal just days before E3 2017 begins. While Nintendo isn’t going to have a traditional press conference, it will host a video presentation on June 13th at 9 AM PT / 12 PM ET where it will showcase “upcoming games for Nintendo Switch and the Nintendo 3DS family of systems.” Why not wait until then to reveal a new Pokemon game?

This could also be something far more innocuous, like an update for Sun and Moon or news on the upcoming anniversary of Pokemon Go this July. Whatever the case, you can watch it all in the embedded YouTube video above, and we’ll have a full breakdown of the news once the stream has concluded (providing it’s as big of an announcement as we hope it will be).