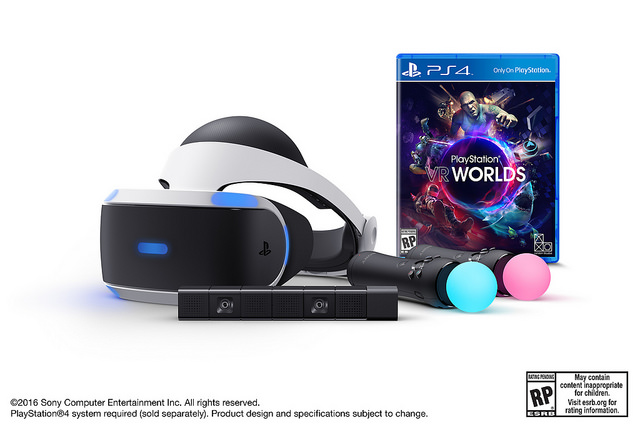 This week, Sony took the stage at GDC 2016 to announce the price and release window for its PlayStation VR headset. At $399, it’s easily the most affordable of the three major VR platforms launching this year, but as many gamers were quick to note, that $399 would only cover the PlayStation VR itself, not the necessary accessories.

Responding to the confusion, Sony on Friday unveiled the official PlayStation VR Launch Bundle, which comes with a PlayStation Camera, two PlayStation Move controllers, the PlayStation VR Worlds game and all the contents of the core bundle.

This package (which is the package you need if you don’t have a camera or any Move controllers) will cost $499. The PlayStation Camera retails for $59.99 and a single Move controller runs upwards of $40, so even though PlayStation VR isn’t quite as cheap as Sony seemed to indicate at GDC, the bundle is still a bargain.

UPDATE: Here’s a link to the Amazon preorder page.

Unfortunately, if you already have a PlayStation Camera and the requisite Move controllers, the core PS VR bundle won’t be available for preorder.