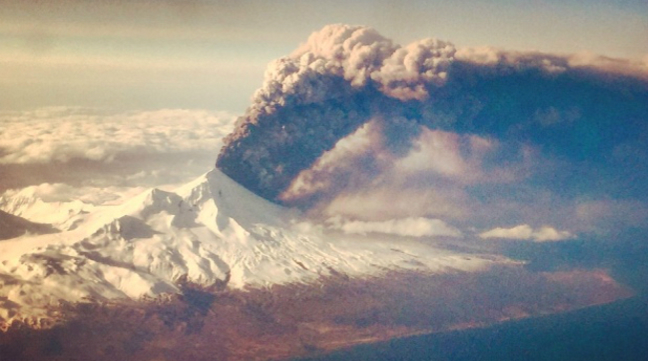 The Pavlof volcano in Alaska erupted abruptly on Sunday, right before 4:00 p.m. local time. This was unexpected at the time and the volcano was on the lowest alert status since January 15th last year. This marks the first eruption since November 2014, and there are plenty of pictures to show it in all its glory.

According to the Alaska Volcano Observatory, the eruption occurred at around 3:53 p.m. some 30 minutes after the earthquakes began in the region.

According to Wired, the tremor at Pavlof remains high, suggesting that the eruption is ongoing. The ash plume reached anywhere between 20,000 feet to 30,000 feet, according to reports from pilots. The FAA already issued “red” aviation alerts on Monday, CBC reports, with Alaska Airlines having cancelled 41 flights on Monday afternoon.

Even though it’s potentially hazardous for those living nearby, the Pavlof eruption is still a beautiful phenomenon, as captured in these images.