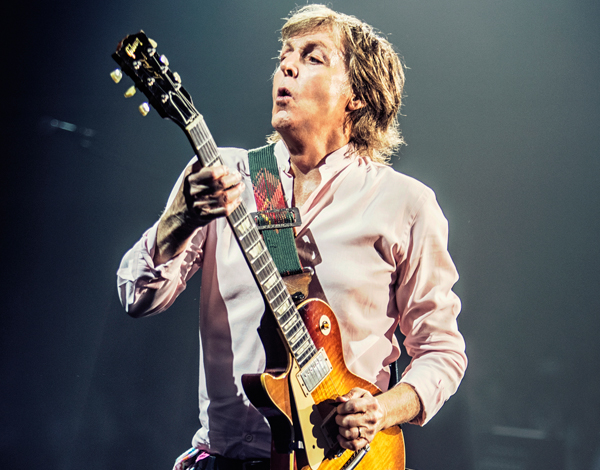 To coincide with the release of his new album Egypt Station tomorrow, former Beatle Paul McCartney has been teasing details on social media of a “secret” gig he’s planning in New York City that’s set for tomorrow night.

In keeping with a kind of freewheeling experimentation with technology that’s characterized his later years and recent releases, from toying with VR to writing a one-off song that plays at the end of the Destiny video game, Macca is teaming up with YouTube to livestream the show worldwide. It’s being billed as a “YouTube Original” and is set for 8 p.m. eastern time.

From an official announcement courtesy of the musician: “(Paul) confirms he will be joining forces with YouTube Originals to livestream a secret concert via his channel this coming Friday 7th September to celebrate the release of his new album Egypt Station. Fans will be able to tune in to watch Paul perform tracks from Egypt Station along with Beatles, Wings and solo classics from 8:00pm (ET). The venue is still to be confirmed.”

This is one of a slew of examples of the legendary musician trying new mechanisms to reach fans, in ways that often bely the aging status of this 76-year-old rocker.

For this new album release, along with his previous one in 2013, Paul and his team went a bit gonzo on social media. For Egypt Station, for example, they scrubbed Paul’s official Instagram account so that the only thing showing was one post — a crudely drawn image of what eventually was revealed to be a train leaving the station. But not until fans dove in with wild speculation about what it meant. It was train tracks vanishing ahead at a point in the distance, but to some fans it looked like some sort of weird pyramid, leading to humorous guesses about whether the Beatle had joined the illuminati.

For 2013’s album titled New, Paul teased its release with a series of seemingly random tweets that all had the word “new” missing from the phrase. So, for example, a tweet that read simply: “York.”

Back in 2016, Paul worked with the team behind the VR app Jaunt to star in a VR documentary series about his and The Beatles’ music. That same year, he worked with Skype to come up with some custom emoji, and he also he wrote and performed the song Hope for the Future that plays over the end credits after you complete the main campaign in Destiny.