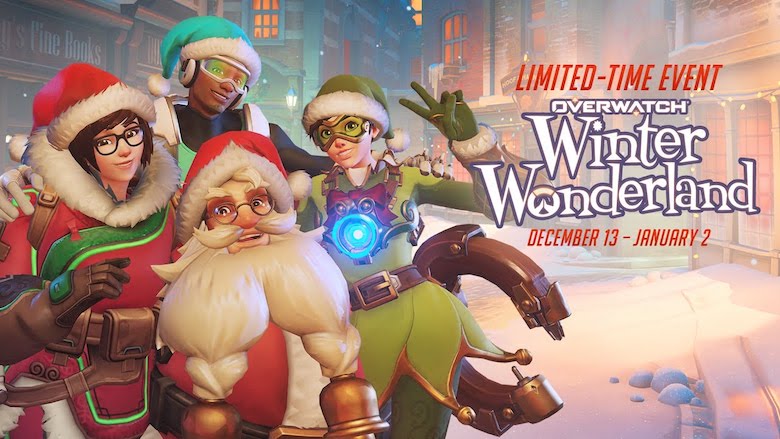 As if you needed a reason to sink countless more hours into Overwatch over the holidays, Blizzard just kicked off its seasonal Winter Wonderland event on Tuesday, giving the game a limited-time festive makeover.

“We’ve decked the halls of Hanamura and King’s Row, stuffed our Loot Boxes full of festive goodies, and arranged an extra-special snowball fight for you and your friends,” Blizzard explained in a blog post on the Overwatch website on Tuesday afternoon. “So, grab a mug of hot cocoa, put on your favorite ugly sweater, and get ready to jingle all the way to Overwatch’s Winter Wonderland!”

From now until January 2nd, all in-game Loot Boxes have been swapped out with Winter Loot Boxes, containing over 100 new sprays, poses, emotes and skins. You can see all 12 new skins from the update in this mesmerizing GIF from Blizzard’s blog post:

Along with the wintery loot, Blizzard has also made it snow on the Hanamura and King’s Row maps and launched a new brawl called Mei’s Snowball Offensive. The holiday brawl is a 6v6, single-elimination match featuring Mei. Rather than shoot frost or icicles from her weapon, Mei will instead fire off “a single, super-powered snowball.” It only takes a single hit to dispatch an enemy combatant, but if you miss, you’ll have to find a nearby snow pile to reload your weapon.

Remember, the event ends in less than a month, so if you want to collect all of the holiday loot, you should jump into Overwatch ASAP and get to throwing deadly snowballs at strangers online.