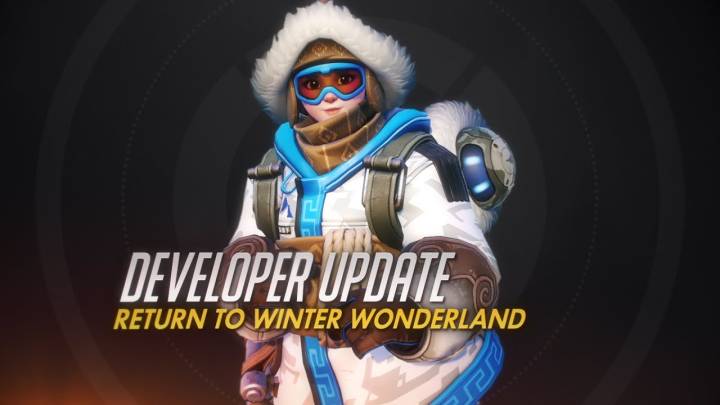 It’s that magical time of year when video games start cashing in with the digital snow, and Overwatch is absolutely no exception. The development team has just released details about this year’s Winter Wonderland event, and it looks like this year their thinking is in a different time zone to the box.

The cornerstone of the event will be a new game mode, a kind of “boss fight” that will see five Meis fighting one “Yeti” that’s actually a Winston. All six characters will be played by human players, unlike previous special events, which have seen player teams go up against an AI.

Overwatch lead developer Jeff Kaplan didn’t show us any gameplay footage of the event, but his description makes it sound like a very one-sided game of Pac-Man. The five terrifying Meis hunt the Winston through a version of Overwatch‘s Nepal map, and the Winston has to collect packs of “meat” to fuel his primal rage. Once he’s found enough meat, the tables turn, and the Winston-Yeti hunts the Meis until it kills them.

Apart from the new game mode, Winter Wonderland will also see new legendary skins for Hanzo, Junkrat, and Roadhog, as well as some festive makeovers to maps including the Black Forest, King’s Row, and Hanamura.