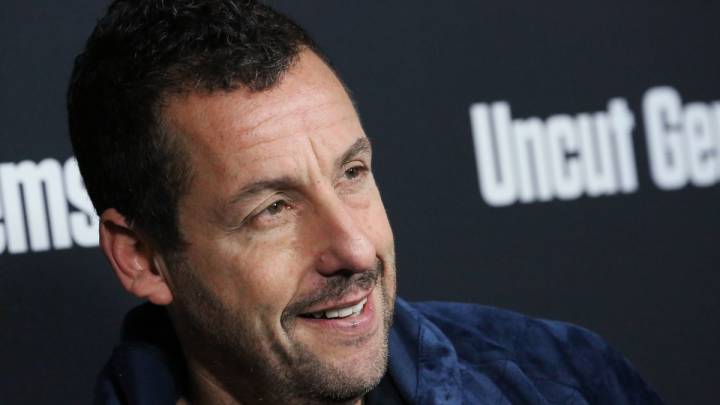 Following each year’s release of Oscar nominations, there are always a few glaring omissions that stand out and make the list of that year’s biggest snubs by the Academy. This year is no different, though while Monday morning’s reveal of the nominees ahead of the 92nd Academy Awards ceremony (set for February 9) offers a workman-like rundown of some of the milestone achievements of the film industry over the past year, you could argue that there does seem to be a few more head-scratching oversights and puzzling snubs than usual.

Snubs like Adam Sandler getting denied a nomination for his portrayal of a sleazy jeweler who gets in way over his head in A24’s utterly fantastic Uncut Gems. Same with Frozen 2,  released in November, which brought back beloved characters like Elsa, Anna, and Olaf paired with a great story and memorable songs. The movie is the top-grossing animated movie of all time — and yet, somehow, it didn’t deserve a nomination in this year’s best animated feature category?

There was, of course, plenty this year that was predictable, from the Joaquin Phoenix-led Joker picking up a bucketload of nominations (11) to nods for The Irishman, Once Upon a Time in Hollywood and 1917. As we said, though, the snubs were just as predictable, in their way, even if some of them seemed a bit more indefensible this year. Below, we’ll run through what we think are some of the biggest.

Realizing that the Oscars are a boring institution that rarely identify the best/most exciting work and that not being nominated makes you even more of a legend pic.twitter.com/kab9sGR9cc

Adam Sandler, for Uncut Gems: This one will be at or near the top of everyone’s list of the biggest snubs this year. Maybe the movie was too edgy? It did include, for example, the seventh-most F-bombs in movie history. Still, it was released in December and garnered a ton of buzz during the prime holiday season for movies. Sandler’s performance as jeweler Howard Ratner is one of the best, maybe even the best, of his career. It’s manic, meaty and memorable, and it’s a shame he wasn’t nominated for Best Actor.

Greta Gerwig, for Little Women: It’s unfortunate the best directors category this time around features all males. Not because the directors of Parasite, Joker, Once Upon a Time in Hollywood, 1917, and The Irishman weren’t worthy, but Greta Gerwig should definitely have earned a nod for her direction of Little Women. The movie wasn’t snubbed completely, since it earned half a dozen nominations, but Gerwig was the one who turned this adaptation of the classic novel into one that modern audiences can appreciate while also honoring the story itself, and she should have been recognized as such.

George MacKay, for 1917: There’s a bit of a Tom Hanks/Castaway element to George MacKay’s performance in director Sam Mendes’ WWI drama 1917, which was shot to give the appearance of a single, continuous take that unfolds in real-time. MacKay has to carry a good bit of the film on his shoulder, and if you go to see it (and you should!) you’ll see what we mean. We can’t say much more than that without spoiling things, but another shame here.

Jennifer Lopez, for Hustlers: That the academy overlooked Jennifer Lopez for her performance as a New York City stripper falls in the same bucket as Sandler’s snub. Both are best-of-career turns from each actor, and Hustlers garnered more than $100 million at the box office due in no small part to J Lo’s portrayal of a stripper who hustles her clients — always looking for the next big score, like Sandler’s jeweler.

Taron Egerton, for Rocketman: Here’s the thing, for me, with Taron Egerton being passed over for a Best Actor nod for his portrayal of Elton John in the Rocketman biopic. Last year, Rami Malek gave us a similar performance (portraying Queen’s Freddie Mercury in Bohemian Rhapsody), except he lip-synced everything. In this case, however, Taron actually sang Elton’s song in the movie, so shouldn’t that have edged him ahead?

Awkwafina, for The Farewell: This one may be the more forgivable of snubs, but it’s a snub nonetheless. The movie was a critical darling, and Awkwafina already won a Golden Globe, but maybe her performance was too … subdued for Oscar voters? It was certainly subdued for Awkwafina herself, who buried all her typical manic energy to give us a performance of exquisite emotional range and depth.