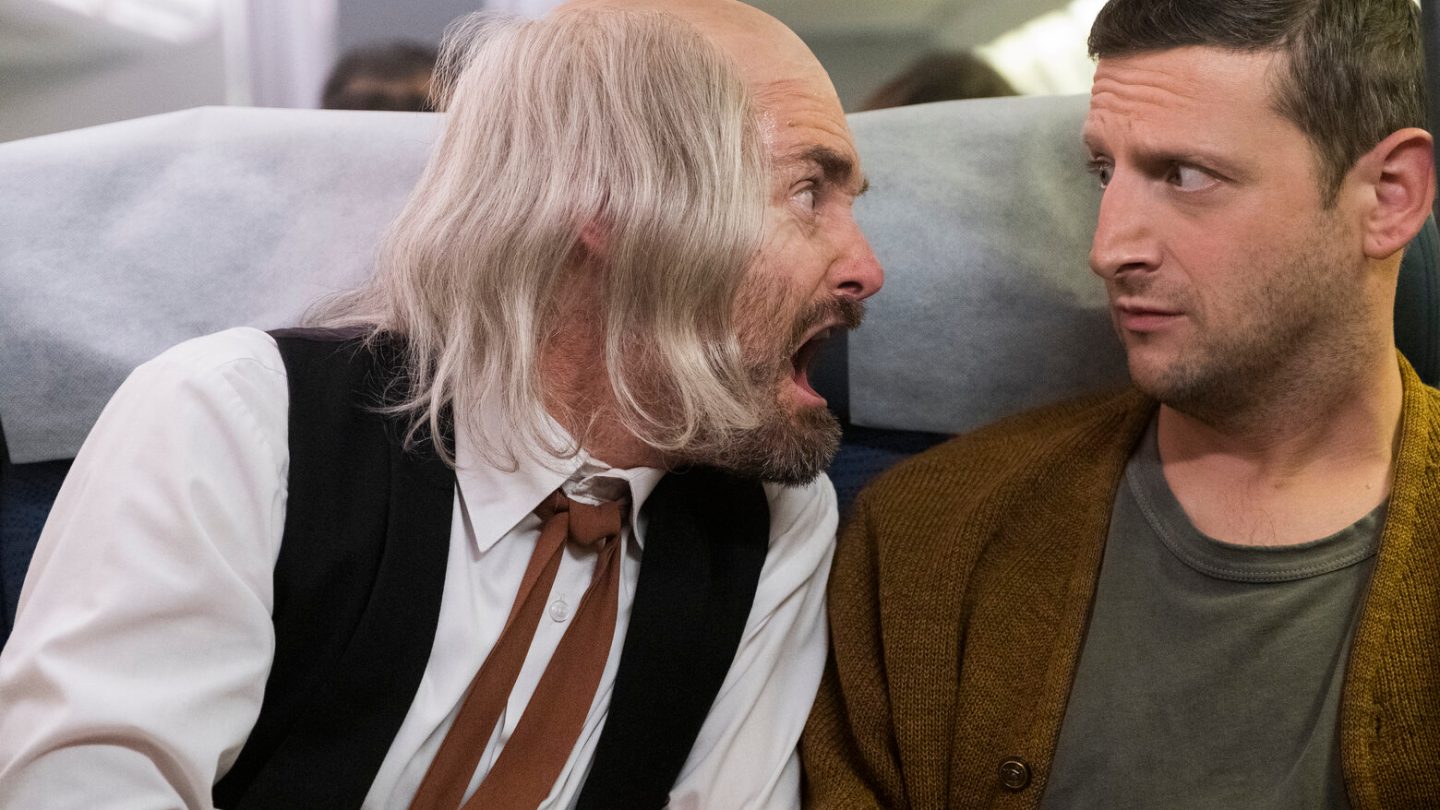 The show, which just returned for a second season, has a near-perfect critics score on Rotten Tomatoes and an army of fiercely loyal fans because of its wholly original mix of weirdness, absurdity, satire, irreverence, and humor. At the center of it all is Robinson, who got a demotion of sorts at SNL by getting bumped down to the writing staff following his inaugural season on the show. And here’s a taste of his humor that’s on display in season 2, with a sketch that was released to YouTube prior to the Season Two debut on Netflix. I’ll have to do my best to describe it without crossing any of our lines here. Hopefully, you’ll get the idea.

I Think You Should Leave season 2 is now streaming

Basically, this is the kind of thing Robinson’s show does so well. Putting him in normal and sometimes quirky situations where he portrays the fish-out-of-water loser playing the whole thing for laughs. Like this particular sketch in the new season, where Robinson goes on an “adults only” haunted house tour. You and I might read that as, okay, it means no kids allowed. Because it’ll be, you know, too scary for them. But no — Robinson, in this sketch, reads that as … ah … adult-themed haunted house tour.

The instant he’s told that participants are allowed to say whatever they want, he blurts out a euphemism for a body fluid at random. And it gets more inappropriate from there.

As we’ve described here at BGR in the past, this critically acclaimed Netflix original brings a “distinct comedy style and observational humor to the forefront, continuing to poke fun at life’s most bizarre and mundane situations.”

On a related note, the release of the new season of I Think You Should Leave comes amid a flood of new releases this month for the streamer. Netflix has dozens of new movies and shows it’s releasing this month — including much-anticipated originals like the Netflix movie Gunpowder Milkshake. As well as the Netflix original docu-series Heist.

Season 2 is just as weird as season 1

One of my favorite things about Robinson’s series, meanwhile, is its length. We all have so little time in the day, and I Think You Should Leave is perfect for streaming viewers like me. The new season, like Season One, only has six episodes. And they’re each between 15-17 minutes long. So you can easily burn right through them.

I Think You Should Leave Season Two episode titles include: