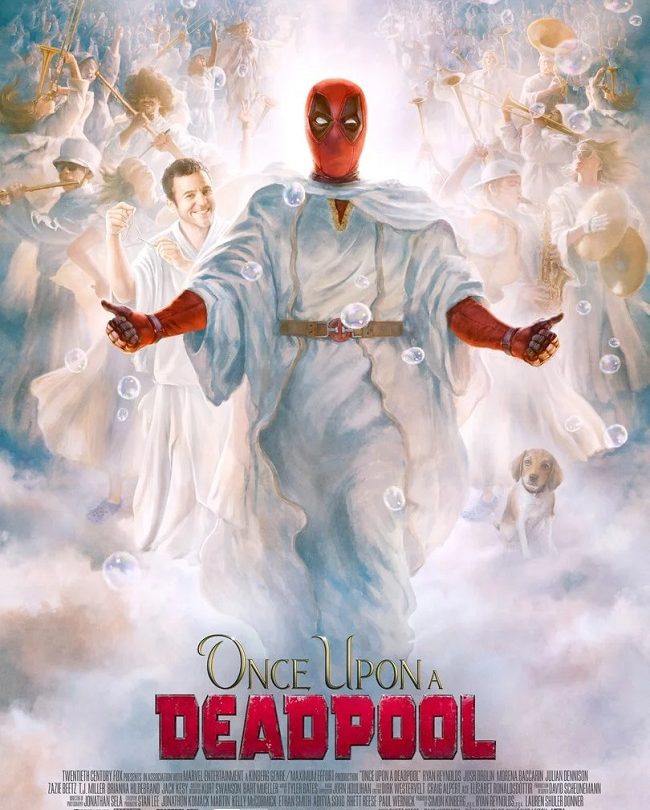 It’s only about 30 seconds long, but a newly released clip from the PG-13 reworking of Deadpool 2 that opens next week includes some delightful back-and-forth between Ryan Reynolds as the Merc With the Mouth and Fred Savage. Who, of course, is tied to the bed and appears as a kind of throwback to his role in The Princess Bride.

At one point during the rapid-fire interaction between the two in the clip above, Fred asks a question many of you may have asked upon learning that this new sanitized version of Deadpool 2 hits theaters on December 12th. “Why PG-13?” Fred asks. “It’s a family movie,” Deadpool shoots back. “Also money. Also Disney.”

That last bit may or may not be a coy reference to The Walt Co.’s $52.4 billion acquisition of 21st Century Fox, which is distributing Deadpool 2 – and which actually made him cut a joke from the film. So that wry comment could be read as a subtle dig at Fox’s new overlords. (However, there is at least some poking fun at in the movie, which reportedly includes a recurring joke about Frozen.)

Fred presses on in the new clip from the movie, pointedly asking Deadpool: “Why do you think audiences will be stupid enough to swallow this?” Replies the titular hero: “Not sure this level of curiosity is cute, coming from a middle-aged man strapped to a bed against his will.” Ha!

The “this” Fred is asking about, the thing he’s wondering whether audiences will swallow, is of course the new version of the movie that actually includes some new scenes and is an homage of sorts to Savage’s starring role in the 1987 classic “The Princess Bride.” There’s also a charitable component to it.

For every one of these new Deadpool 2 tickets sold, $1 will go to the charity Fudge Cancer — “previously known as F*** Cancer,” the movie announcement notes, adding that the charity has “graciously changed their name to be more PG-13 friendly for the 12 days of Once Upon A Deadpool’s release.”

Fred remarked, as per 20th Century Fox’s announcement of the movie, that “while my participation in this film was anything but voluntary, I am happy to learn that Fudge Cancer will be the beneficiary of this shameless cash grab.’”

Reynolds shared the clip above with his Twitter followers, noting that it’s “Almost like John Candy and Macaulay Culkin. But with kidnapping, chest hair and cash grab. #OnceUponADeadpool”