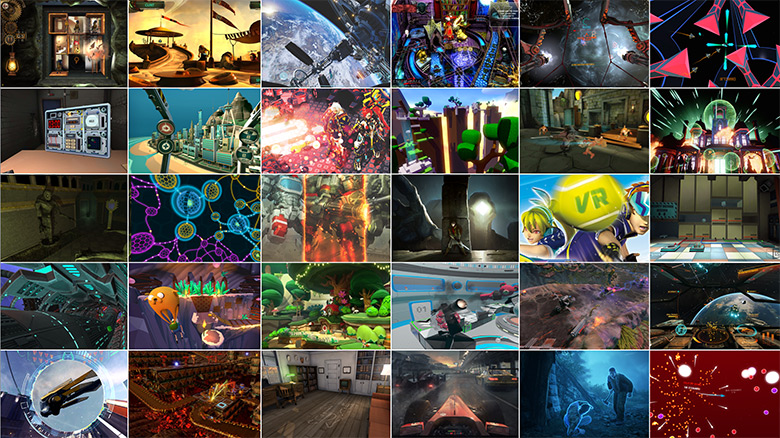 On Wednesday, with less than two weeks remaining until the final version of the Oculus Rift begins shipping to consumers, Oculus has unveiled all 30 games that will be available for the platform on March 28th. Several of the games are already available on the Gear VR, another Oculus device, but a majority will be exclusive to the Rift.

One thing that will stand out about the prices of the games is how wildly they vary. The cheapest launch title, an Adventure Time game, will run you just $4.99, but Elite Dangerous and EVE: Valkyrie will cost the same as a full console game.

Oculus also took the opportunity to unveil the new hub of the Rift, called Oculus Home. Much like the home screen of a PS4 or an Xbox One, Oculus Home will allow users to explore their libraries of content, shop for new games and software and communicate with a list of their friends. Here’s what it looks like:

Now, without further ado, here’s the full list of 30 games that will be available for the Rift when it officially launches on March 28th: