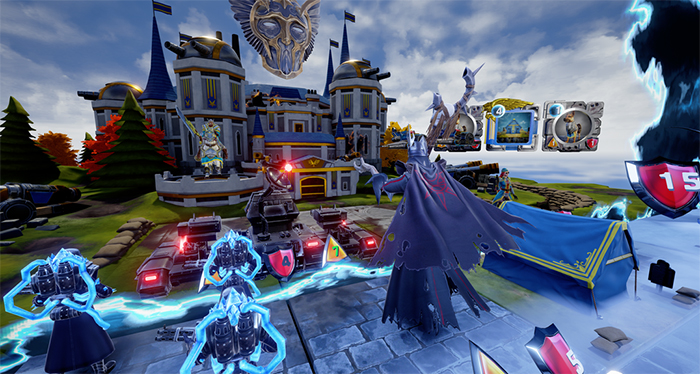 Dragon Front, the first collectible card game built for virtual reality, is coming to the Oculus Rift this spring. Oculus made the announcement on its blog on Friday, revealing that the game is being developed by High Voltage Software and produced in-house by Oculus. It’s the first exclusive game that the company has announced since preorders for the Rift opened last month.

“In Dragon Front, players are pitted against each other based on skill level and watch their units come to life on the battlefield as they command the action,” the blog post reads. “There’s also a champion system where each team can summon legendary boss units to the fight and turn the battle in their favor.”

The game will feature 280 character cards, 80 encampments and over 100 spells, which should allow for some interesting deck building. There will also be competitive leaderboards, so that you can compete with friends and strangers from around the world as you progress through matches.

According to Engadget, players will pick from one of four factions and build 30-card decks in order to do battle with other players. The board consists of a 4×4 grid on which players lay down their cards. It takes mana to complete actions and your goal is to take your opponent’s HP down to zero.

Dragon Front doesn’t have a release date, but it’s expected to launch in the first half of the year. You can see some footage from the game in the video below: