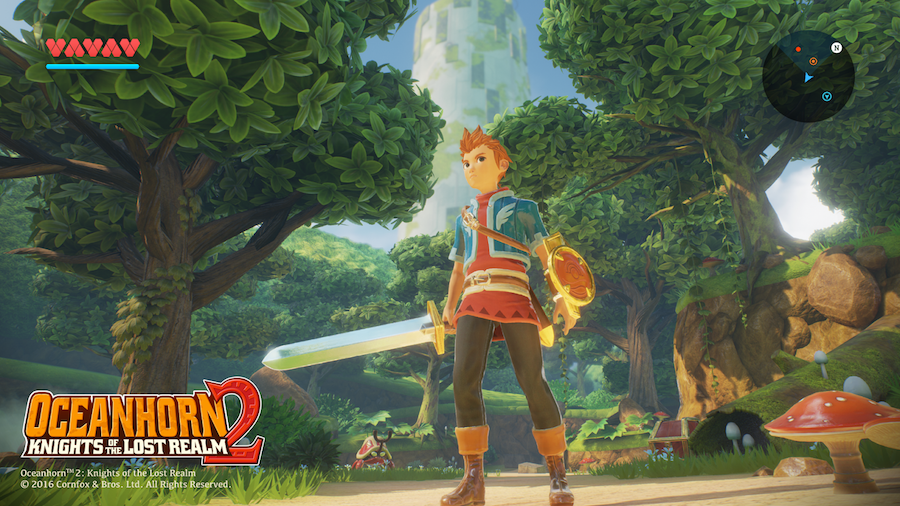 Although it never received quite as much attention as Pokemon Go, Oceanhorn: Monster of Uncharted Seas made a big splash when it launched in 2013. Virtually unprecedented in scope and scale, Oceanhorn was a full 3D RPG for iPhone and iPad. Developed by small independent studio Cornfox & Bros., it was a perfect substitute for a true mobile Zelda game.

“We are proud and excited to reveal the next installment of the Oceanhorn franchise, Oceanhorn 2: Knights of the Lost Realm,” the development team announced on Monday. The first game was praised for its impressive graphics, but based on the first screenshots, the sequel is going to blow the original away.

According to the team, Oceanhorn 2 is set in the same world as Oceanhorn, but in a different time period following a new hero. There are sure to be plenty of improvements, but Oceanhorn 2 will still feature the exploration, music and familiar RPG gameplay that made the original an instant classic.

Cornfox isn’t ready to reveal any gameplay footage yet, but you can get a glimpse of what the game looks (and sounds) like in the title track video below:

The studio also isn’t prepared to announce a release date yet, but in the meantime, the original Oceanhorn is coming to PS4 and Xbox One on September 7th. If you haven’t played it yet and prefer a controller to touch controls, this might be the best way to experience the game.