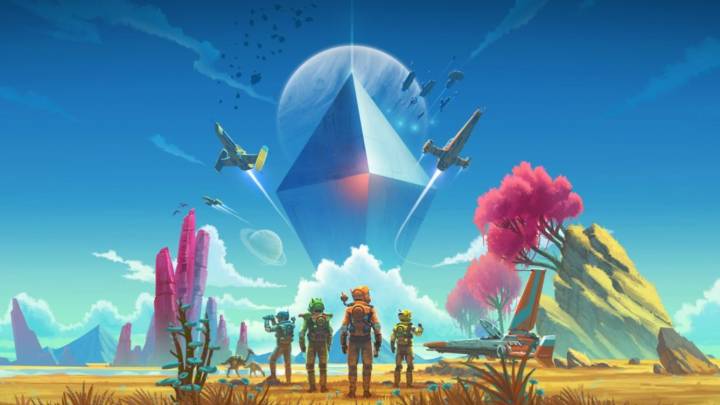 Nearly two years after launching to widespread controversy, universe-sized space adventure No Man’s Sky is finally getting the one feature that it should have had on day one: Multiplayer. During the most recent episode of Inside Xbox this week, Hello Games director Sean Murray announced that No Man’s Sky NEXT — this summer’s major update — will bring “a full multiplayer experience” to the game on July 24th, totally free of charge.

Not only will the update come to PS4 and PC, but it will also be available alongside the Xbox One launch, which Hello Games announced in March. In fact, all four massive content updates will be available when the game hits Xbox One, including Foundation, Pathfinder, Atlas Rises, and NEXT (which we’re still learning about).

“You’ll be able to explore the universe with a small group of friends, or bump into random travelers,” Murray says in a new blog post. “You can help friends to stay alive, or prey on others to survive. Tiny shelters or complex colonies that you build as a team are shared for all players. Fight as a pirate or a wingman in epic space battles with friends and enemies. Race exocraft across weird alien terrains, creating race tracks and trails to share online.”

You can watch Murray talk about the update and see footage from the Xbox One version in the video below:

No Man’s Sky NEXT will be available on PS4, PC and will debut on Xbox One on July 24th. Although this is arguably the most important update the game has ever seen, Murray says that the team has plenty more in store.