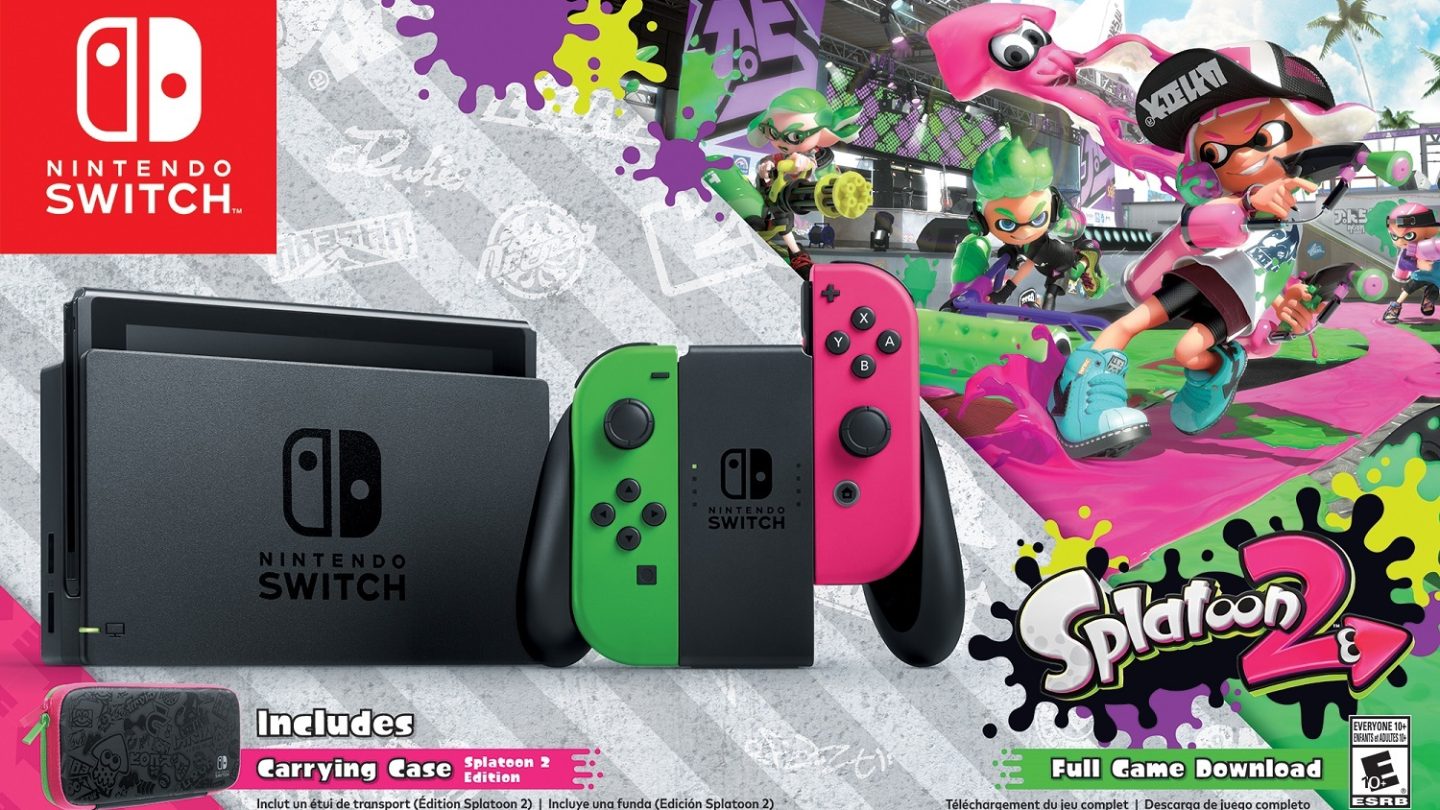 Introduced in Europe and Japan earlier this summer, the Nintendo Switch Splatoon 2 bundle is finally making its way West. On Thursday, Nintendo announced that Walmart will be the exclusive retail partner for the bundle in the US — a bundle which includes a download code for Splatoon 2, a Splatoon-themed carrying case for the console and Joy-Con controllers in Neon Pink and Neon Green.

“Consumers in Japan and Europe have already had a strong response to Splatoon 2 bundles in their territories,” said Nintendo of America SVP Doug Bowser. “This exclusive Walmart bundle gives people who have been waiting to buy a Nintendo Switch a great value and incentive to get splatting.”

As difficult as it’s been for fans to get their hands on the Switch in stores or online, this should at least temporarily alleviate some of that pressure. Nintendo says that the bundle will be available starting on September 8th for $379.99. Unfortunately, there was no information regarding potential preorders or any word on whether the bundle would be available through Walmart’s website.

Alongside the bundle, Nintendo also revealed the topic of the next Splatfest competition in Splatoon 2. Participants will choose sides by picking which superpower they’d rather have: flight or invisibility. Nintendo says that the Splatfest will begin on September 1st and last until September 2nd.

If you’re dying to get a Switch, but still aren’t sure whether or not Splatoon 2 is the game you want bundle with the console, be sure to read our review from when the game launched last month.