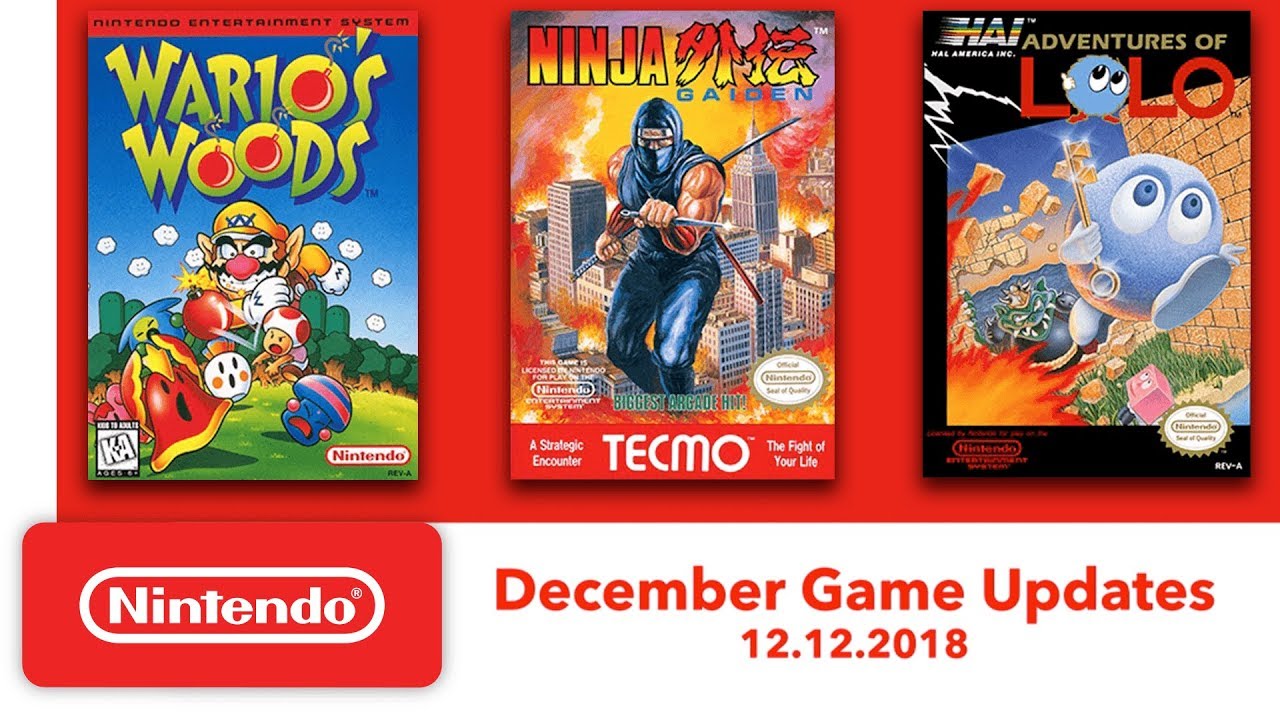 Nintendo had a somewhat slow year in terms of major first-party releases for the Switch (save for Super Smash Bros. Ultimate and Pokemon: Let’s Go). But one new feature that helped buoy the console’s lineup was the free selection of classic NES games for Nintendo Switch Online subscribers. The service launched with 20 NES games in September, and has added three games every month since, including three new games this Wednesday.

In addition to those free games, Nintendo has also been sneaking in a few extra surprises in recent months — save data for some of the previously added NES games that typically lets players start deep into a game or with a bunch of equipment already unlocked. Two more of these SP titles were added in December as well.

Here is the complete list of NES titles and SP versions added to Nintendo Switch Online in December:

Nintendo had previously announced all of the NES titles that would be available for Switch Online subscribers for the remainder of 2018, but so far, no 2019 titles have been revealed. It’s unclear if Nintendo will continue to share a batch of upcoming releases at a time, or if it will follow a similar cadence to PlayStation and Xbox, where we’re only privy to a month’s worth of releases at a time. It’s still fairly early in the lifespan of Nintendo Switch Online, so it might be safe to assume nothing has been finalized. In the meantime, here are December’s games in action: