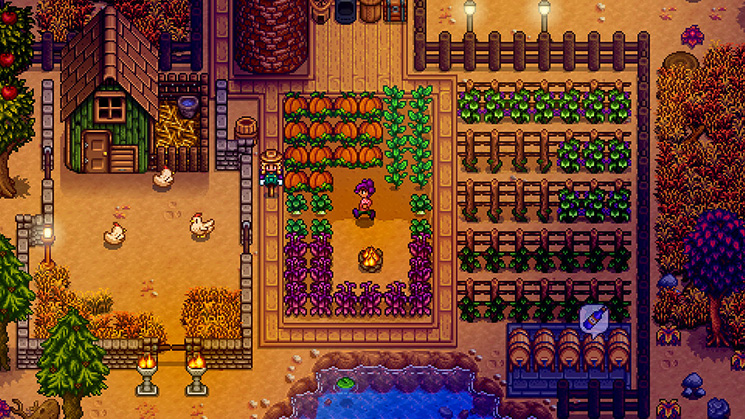 Today is the day that Nintendo fans have waited months for: Stardew Valley is finally available on the Switch eShop. The 2D farming simulator was one of the biggest surprise hits of 2016, and now Switch owners can take the game with them wherever they go. But Stardew Valley isn’t the only new game to hit the Switch this week. In fact, by next Tuesday, 10 new games will be available on the eShop, including some other big indie hits.

First up, we have Axiom Verge, a side-scrolling action-adventure game that draws inspiration from the likes of Metroid and Castlevania. It too was well-received back when it launched in 2015, and should be perfect for the Switch.

Other titles joining the eShop this week include action-platformer Volgarr the Viking, point-and-click mystery Oxenfree and competitive multiplayer puzzler Tumblestone. If you’re looking to stock up on games before a long flight or simply want to catch up on some great indie games from the past few years, this is your week.

What has been so impressive about the trajectory of the Switch since its March release is how quickly Nintendo has adapted to 2017. As stubborn as Nintendo was throughout the troubled lifespan of the Wii U, the company appears to understand how important it is to get third party developers on board with the Switch. And if, for example, Activision won’t (or can’t) bring Destiny 2 to the Switch, find another way to keep the new releases flowing in. In this case, Nintendo has decided to go all in on indies, which is exactly what kept the PS4 afloat in year one.

As difficult as the wait has been for Super Mario Odyssey, Nintendo has given Switch owners a reason to pick up the console at least once every few weeks, and often in consecutive weeks. Let’s hope this keeps up in 2018.