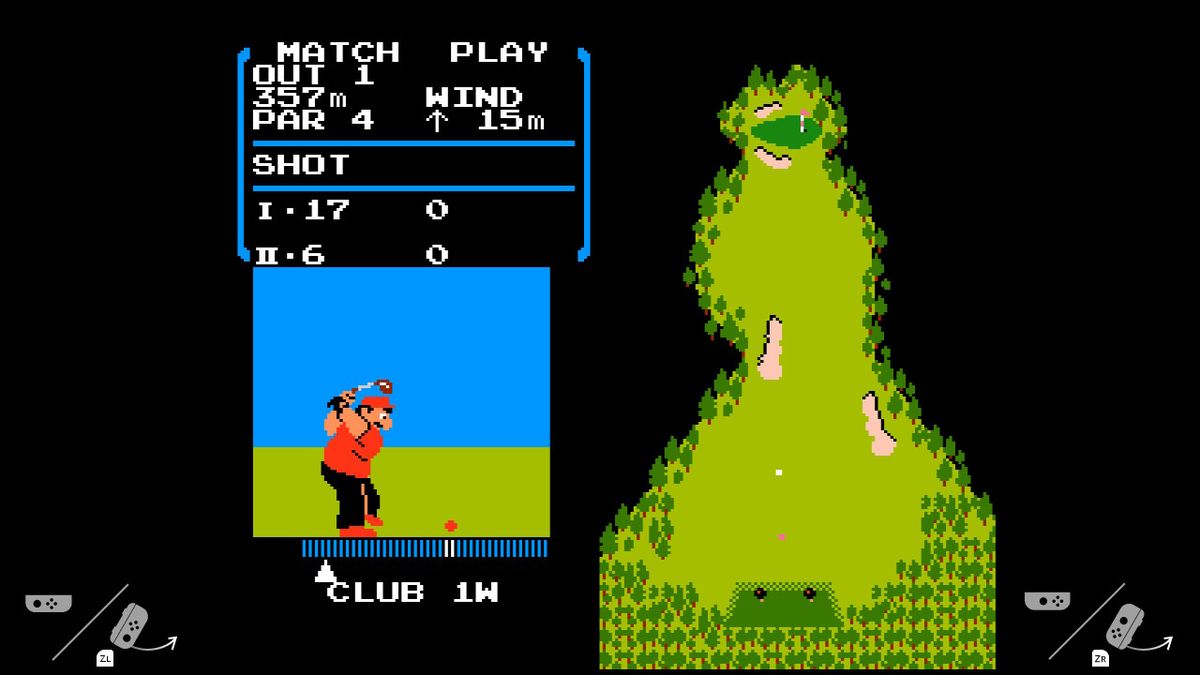 Nintendo’s failure to commit to bringing the Virtual Console to the Switch has been one of the few dark clouds hanging over an otherwise smooth launch of a new console. As popular as the service was on the Wii, Wii U and 3DS, it seems like it would be a no-brainer to bring it to the Switch as well, but Nintendo has yet to even confirm its existence… which is exactly why a surprising new development has been making headlines.

Over the weekend, modders from SwitchBrew.org — a wiki dedicated to Switch homebrew projects — say they found a working NES emulator hidden away inside the Switch along with a copy of the classic NES sports game Golf. According to the modders, the game is hidden in the code of the Switch as “flog” (golf spelled backwards) and has been lurking inside retail Switch units since version 1.0.0 of the system software.

SwitchBrew explains that although the game “can be run with unofficial methods,” it is currently unknown how a user can trigger the game to launch legitimately (providing it is meant to be launched at all).

But that’s not all. Purported screenshots of the emulated game running on the Switch show that the game has been designed for Switch compatibility. SwitchBrew says that traditional controls can be used to play the game, but that Nintendo has also added motion controls for the Joy-Con. In other words, you would theoretically be able to play NES Golf the same way you played golf in Wii Sports with the Wiimote.

Nintendo has yet to issue any kind of official response (and we don’t expect to learn anything of substance if it does), but at the very least, this is a promising sign in regards to the future of classic games on the Switch. Could this have something to do with the long-awaited Virtual Console? Or is this some kind of test relating to the NES games that will be available as part of the Switch online service? We’ll have to wait and see.