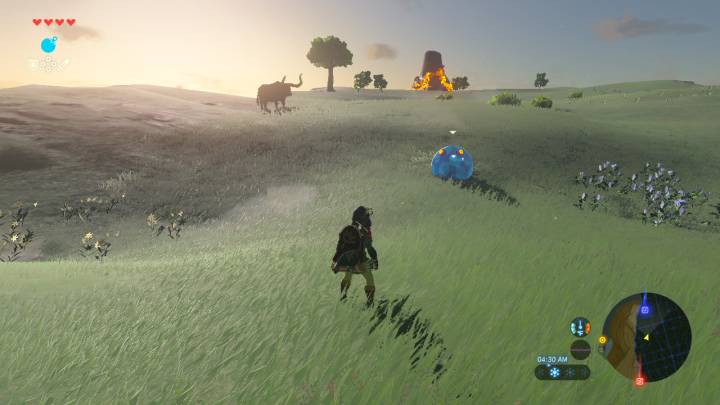 Unlike the PS4, Xbox One and even the Wii U, the Switch uses cartridges instead of discs. This came as something of a surprise when it was revealed, but as we learned more about the console itself, it started to make more sense. After all, the Switch is a portable console as much as it is a home console, and no one wants to walk around with a binder full of Blu-rays when they take their Switch with them on a trip.

In theory, along with being more portable-friendly, the cartridges would also decrease load times for games, but as Digital Foundry discovered this week, digital Switch games actually appear to be faster.

Using The Legend of Zelda: Breath of the Wild as the subject of its tests, Digital Foundry loaded different areas of the game from four different sources: the internal memory of the Switch, a physical cart of the game, a cheap 16GB Sandisk Ultra SD card and a slightly more expensive 64GB SanDisk Extreme Plus SD card.

While Digital Foundry went in with the assumption that the cart would load faster than the internal memory or the SD cards, the copy of Zelda that had been installed directly on to the Switch loaded the massive Temple of Time starting area in just over 30 seconds, while the cartridge took nearly 36 seconds to do the same. The SD cards loaded within milliseconds of each other — faster than the cart, but slower than the internal storage.

This was true no matter what section of the game Digital Foundry attempted to load into. The internal storage was always the fastest, the physical copy was always and slowest and the SD cards were in between.

Unfortunately, the Switch only comes with 32GB of internal storage (and only 25.9GB of that is even available to the end user). If you plan on buying games digitally, be sure to put the games you plan to play most often on the console itself. Everything else can go on SD cards, which are relatively affordable.