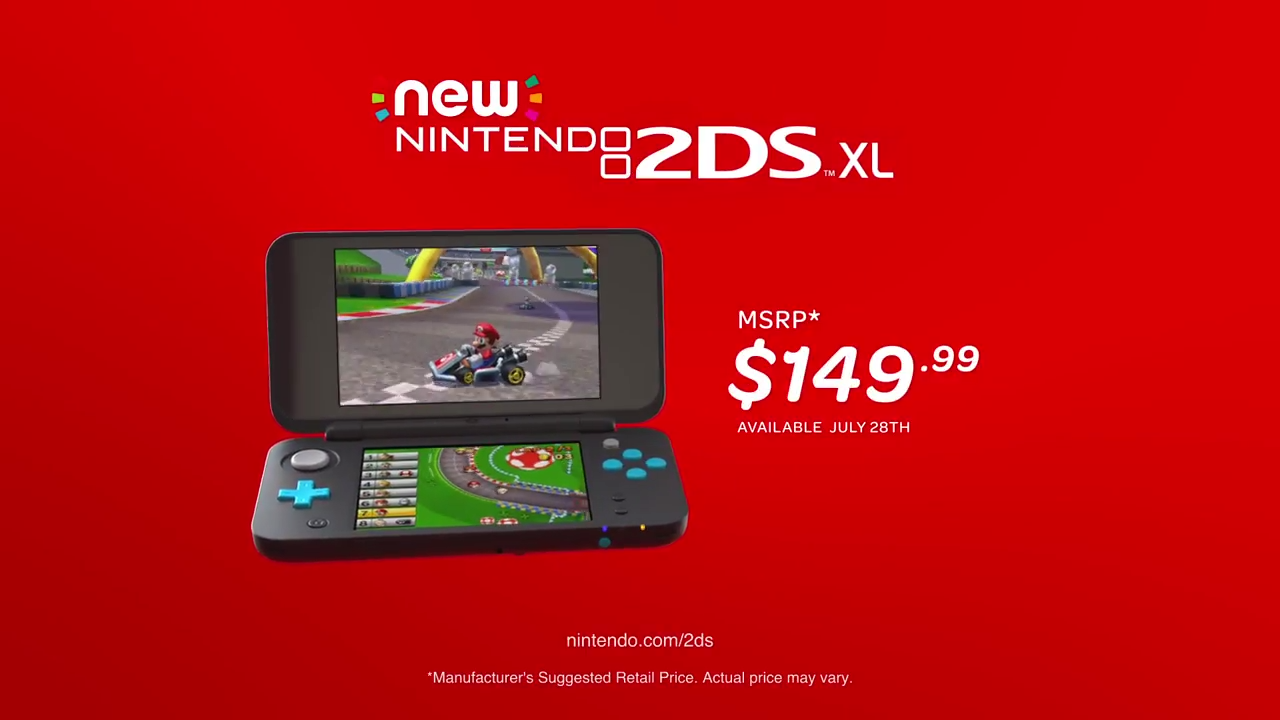 When Nintendo unveiled the Switch last year, many questioned whether or not it was the end of the line for dedicated portable hardware from the company. On Thursday, Nintendo appeared to answer that question with the unveiling of the New Nintendo 2DS XL, the latest member of the 3DS family.

The New 2DS XL combines the pricing and features of the 2DS with the design and performance of the New 3DS XL. Launching on July 28th, the new portable will cost $149.99 — cheaper than the New 3DS XL, but slightly more expensive than the standard, non-folding 2DS. In addition to its clamshell design, the New 2DS XL will also feature NFC support for amiibo cards and figures.

Much like the New 3DS, the New 2DS XL will support each and every 3DS game on the market. The only difference? As the name suggests, it won’t be able to display any of them in 3D. As Nintendo points out in its press release, there’s already a massive library of 1000+ games available for the 3DS family of consoles, but the New 2DS will launch alongside Hey! Pikmin and Miitopia.

Included in the box are an AC adapter, a stylus, 6 AR cards and a 4GB microSDHC memory card. Oddly, the New 3DS XL package (which costs $50 more than the New 2DS XL) didn’t include an AC adapter at launch and still doesn’t today, so that’s a welcome addition for the new model.

When the New Nintendo 2DS XL launches on July 28th in the US, it will be available in the black and turquoise colorway you see in the video above. Despite the Switch, portable consoles live on.