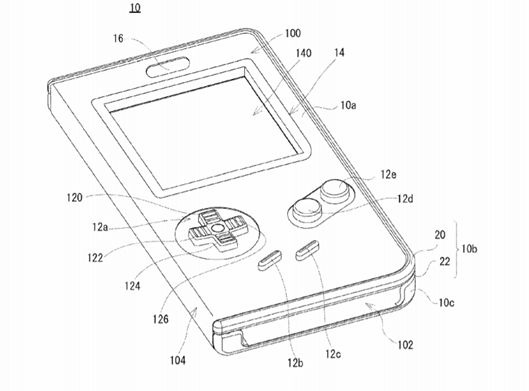 Nintendo for the longest time was famously reluctant to enter the mobile gaming space, preferring to release content on its own hardware before finally taking the plunge in 2016. That’s when the Big N first started bringing its titles to iOS and Android devices, and popular experiments like Super Mario Run quickly followed.

Now, according to a patent Nintendo filed in March, the company may be working on a new way to co-opt smartphones even more and stoke a bit of nostalgia at the same time. The company has apparently looked at producing a Game Boy-like case that would turn your mobile device into a working version of the classic handheld console, complete with D-pad, buttons, the whole thing.

The patent was spotted by Siliconera, which describes the case opening like a book. “Part of the casing is opened where the regular Game Boy’s screen would be,” the site reports. “According to the patent, the game would be displayed in the corresponding portion of the touchscreen that is viewable, making it possible to play the game with the cover attached to the touchscreen device (which in the example is a smartphone).

Business Insider speculated whether this means some of Nintendo’s retro handheld games could be on the way, given that Nintendo doesn’t currently make any of its Game Boy titles available for iOS or Android devices. Perhaps the company is looking at releases like February 2017’s Fire Emblem Heroes, which has grossed more than $400 million globally since its launch as a motivation for more experiments alone these lines, including a Game Boy-esque case.

This news should come of course with the usual caveat, that just because a company patents an idea doesn’t mean it will ever come to fruition or make it out into the real world. Still, it’s worth remembering that Nintendo is a master at making what’s old feel new and accessible again, and there’s no doubt still a lot of warm feelings of nostalgia associated with the handheld Nintendo released at the end of the 80s.

“Either way,” reports Siliconera, “it seems that some sort of Game Boy emulation may be in the works at Nintendo, either for smartphones, tablets, or the Nintendo Switch. If this case is used for the Switch, we imagine that it would provide a pretty nifty way to utilize the Handheld mode touchscreen functionality.”