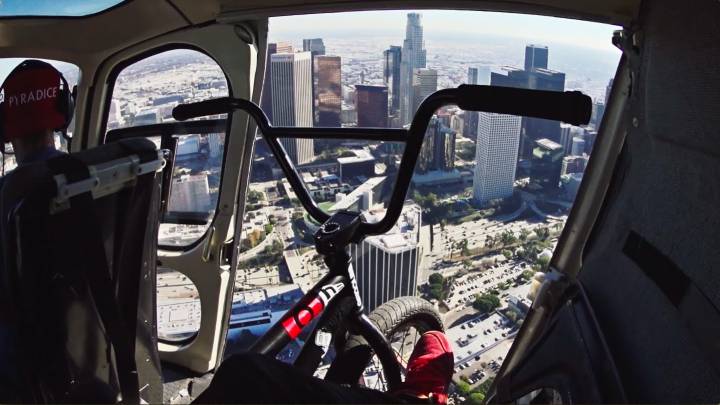 Video tours of major cities are a dime a dozen now that everyone carries a video camera in their pocket, but there’s something unique about Nigel Sylvester’s Go! series — it’s all filmed while Sylvester is riding his bike.

SEE ALSO: A single infographic shows every betrayal that ever happened in ‘Game of Thrones’

In the latest installment of the series, Sylvester flies through the streets (and pools and alleys and playgrounds) of Los Angeles with a camera attached to his head. There’s plenty of clever editing going on throughout the video, but it’s still an incredible look at Los Angeles that would be nearly impossible to replicate:

And if you liked that one, Sylvester’s first Go! video covers New York City. Published last September, it’s already been viewed over 2.5 million times, so there’s a decent chance that you’ve seen it. In case you haven’t, though:

We’ll be keeping an eye out for more Go! videos in the future. Based on the description of the latest video, it sounds like Sylvester is going to continue to produce these as long as people are willing to watch them.