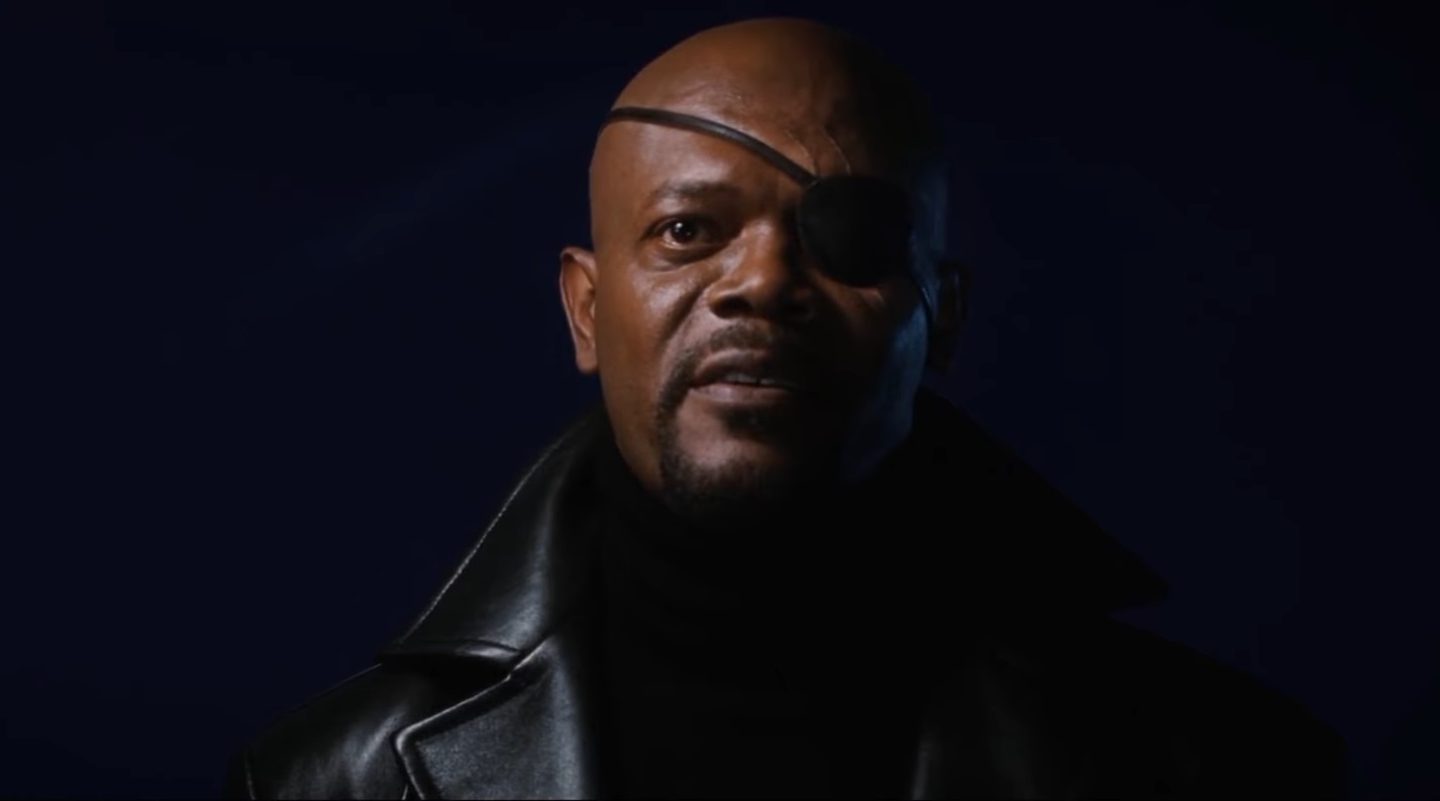 Earlier this week, Marvel Studios confirmed that Black Widow has been delayed to 2021, which means that 2020 will be the first year since 2009 without an MCU movie. Black Widow was set to launch this May and The Eternals would have followed in November, but now both have been pushed back, leaving this year’s Marvel slate depressingly thin. In fact, the only MCU content we have to look forward to this year is WandaVision, which is set to debut on Disney+ before December 31st. But on Friday, we finally got some good news about the MCU.

Variety reports that Samuel L. Jackson could reprise his role as former S.H.I.E.L.D. director Nick Fury in an upcoming original series for Disney+. Nothing about the plot has been uncovered, but Kyle Bradstreet (Mr. Robot) is attached to write and executive produce the show. Much like WandaVision, Loki, and The Falcon and the Winter Soldier, Marvel Studios would oversee the production, as it plans to do with all future Disney+ shows.

Jackson’s Nick Fury has been part of the fabric of the Marvel Cinematic Universe from the beginning, appearing in the post-credits scene of 2009’s Iron Man to tease a future Avengers team-up. Ironically, the last time we saw Fury was at the end of Spider-Man: Far From Home aboard a Skrull ship in an undisclosed location. That also happens to be the last Marvel movie to have made it to theaters before the pandemic. Fury bookends the MCU.

Should the Nick Fury series get picked up (which Variety says “seems highly likely”), it will be one of more than half a dozen Marvel Studios projects on Disney+. Other shows in the works include the aforementioned WandaVision, Loki, and The Falcon and the Winter Soldier, as well as She-Hulk (which stars Tatiana Maslany), Hawkeye, Moon Knight, and Ms. Marvel. The question now is how long it will be before these projects can move forward.

As Variety points out, in his illustrious career, Samuel L. Jackson has never been a series regular on a TV show. He did appear on Marvel’s Agents of S.H.I.E.L.D. a few times, but it sounds like he will be the star of this new show, which would be a first for the actor who seems to have done everything else.