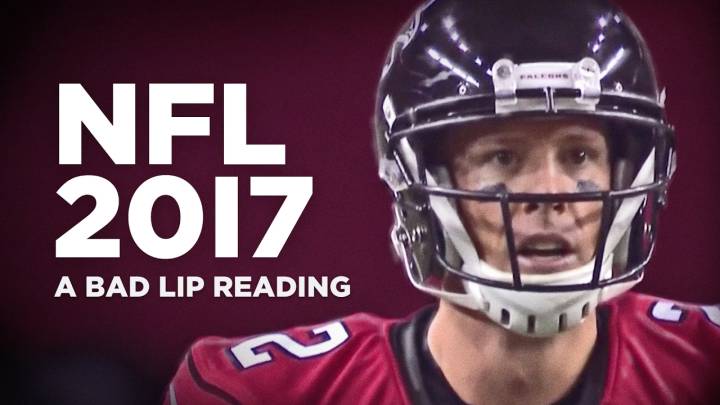 On Sunday night, the Atlanta Falcons and the New England Patriots will meet in Houston for Super Bowl LI, bringing an end to the NFL season. While this is only the second time the Falcons have made it to the Super Bowl, the Patriots have already been to two this decade, and have made six appearances since 2000.

So the Patriots know how to get to the Super Bowl on a consistent basis, but they don’t always win. On the other hand, the NFL Bad Lip Reading videos are a winning tradition everyone can count on.

Back in January 2013, the geniuses behind the Bad Lip Reading YouTube channel published their first NFL video. At 68 million views, it’s by far the most popular video the channel has ever published, with the 2014 and 2015 videos each racking up over 37 million views to take second and third place as well.

After splitting last year’s edition in two parts, BLR has gone back to a single video for the 2017 edition, but clocking in at nearly six minutes, it’s one of the longer videos the creators have ever produced. It’s also one of the funniest, but to be honest, Bad Lip Reading videos are about as consistently funny as anything on the internet. We wouldn’t have expected anything less than hysterical: