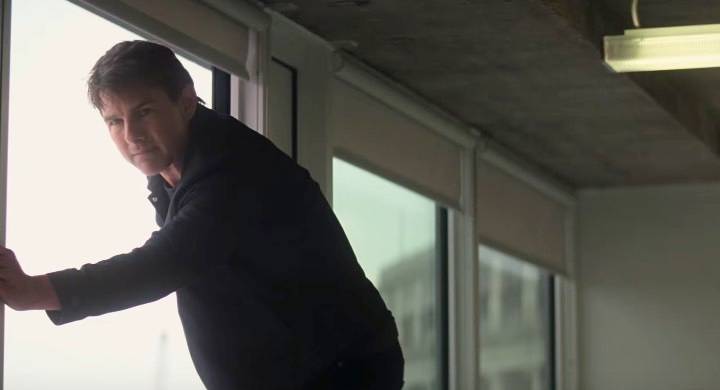 Hey, quick question, did you see Deadpool 2 already? Because it’s incredibly funny and shows that Ryan Reynolds and Co. can still tell pretty much the same type of story again. Only, this time around, you’re actually expecting crazy, hilarious things to happen.

Also opening this week are Book Club, Show Dogs, and On Chesil Beach, if you’re looking for other attractions. Meanwhile, we’ve got a fresh collection of trailers coming in, so let’s dig in.

Out in August A.X.L. is a movie about a teenage boy who finds himself of some strange military technology. Okay, it’s a robotic dog. You know, the kind of scary technology that Boston Dynamics is already looking to sell to people.

Okay, it’s a strange title, but give it a chance. BlacKkKlansman is a Spike Lee “joint” based on real events. Coming out on August 10th, this is certainly a title to remember this summer.

Did anybody ask for a sci-fi movie with Jackie Chan? Because that’s what Bleeding Steel is all about. And the world’s fate lies in his hands. We wouldn’t have it any other way.

A lot more interesting than Chan’s new sci-fi is the upcoming Bohemian Rhapsody, which is the Queen biography-ish movie some fans may have been waiting for. Rami Malek, of Mr. Robot fame, will play Freddie Mercury.

Ah, weddings… A comedy featuring Keanu Reeves and Winona Rider, Destination Wedding is a movie about two strangers having to attend the same wedding. They’ll annoy each other in the process and eventually fall in love.

Here’s a brand new trailer for the Incredibles sequel we’ve all been waiting for. Only a few weeks left to go.

Mark Wahlberg’s next action movie is called Mile 22, a film about a top secret agent that he’s used to “getting shit done.” The film launches in early August, so let’s check the first trailer.

Speaking of impossible missions, here’s the latest trailer for Mission: Impossible – Fallout. Ethan Hunt is back for more action, and he’s got quite the team to help him out or oppose him. The movie is coming out on July 27th.

Sorry to Bother You

We talked about Sorry to Bother You before, a comedy/sci-fi combo about a man who discovers a magical drug to help him advance in life.

This isn’t the Muppets or Sesame Street, but something a lot better. A sort of Deadpool version of puppet movies, if you will. It doesn’t hurt that Melissa McCarthy is leading the stellar cast either.