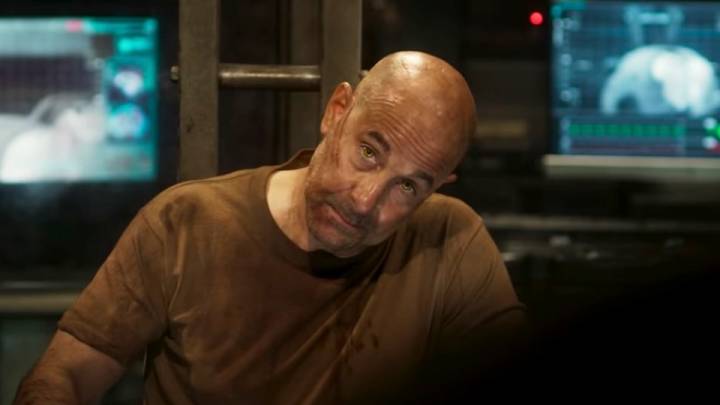 It’s The Equalizer 2 weekend, and, speaking of sequels, Mamma Mia! Here We Go Again is also in town. Also, if you’re looking for something darker, then maybe Unfriended: Dark Web is for you.

But you know what’s even more interesting this week? San Diego Comic-Con, as it’s brought us plenty of new trailers and details about some of the hot movies set to launch in the coming months. And that means that yes, we’ve got a lot of new trailers for you this week.

This is the story of how a town “lost its mind.” It looks like a different version of the Purge movies, but it’s all because of gadgets and social media. In theaters on September 21st.

On a more positive note, Bohemian Rhapsody brings us a part of the Queen story, with Rami Malek playing Freddie Mercury. The film launches on November 2nd, but here’s a preview of what you can expect.

Starring Lucas Hedges, Nicole Kidman, Joel Edgerton (who also co-pens the script and directs), and Russell Crowe, Boy Erased is a real-life story about a Baptist preacher’s boy forced to attend a gay-conversion program. It also lands on November 2nd, and it just made my list of to-see films this year.

What do you do when you’re what looks like a trophy wife, and you’re told that everything in the house you live in is yours to enjoy except for whatever lies hidden in one of the rooms? You go in of course. No idea what’s in that room, but it’s certainly frightening. Elizabeth Harvest hits theaters and VOD on August 10th.

The first trailer for Glass is finally here, thanks to Comic-Con. Glass is the third part in a series of M. Night-Shyamalan movies, after Unbreakable and Split. The third film is focused on one of the characters, Glass. Fans of the series will certainly know what the movie is about. If you haven’t seen the films, then you have plenty of time to catch up until January.

I have no idea what to make of this Godzilla 2 teaser. I can tell you that it’s got Millie Bobby Brown in it, of Stranger Things fame, and that something very dangerous is out there. This time around, Brown doesn’t play a girl with superpowers, so we’ll just have to wait for a full trailer to understand what’s in store for us in King of the Monsters. The movie launches next May.

I Still See You

Something happened nine years ago, an apocalyptic event that killed millions of people. But somehow, their ghosts were left behind.

On the Basis of Sex

Don’t be fooled, On the Basis of Sex isn’t the kind of sex story you expect. No. This is the true story of Ruth Bader Ginsburg and all her struggles on her way to a US Supreme Court Justice seat. The film launches on December 20th.

Operation Overlord is what you call the planned Allied invasion of France, the one where you hope you can open a new front against Nazi Germany to put a faster end to World War II. The trailer for Overlord looks like a movie based on that, but this isn’t a historical movie. Not at all. It’ some horror adventure taking place behind enemy lines on D-Day, and it’s coming to the big screen on October 26th. Yes, it’s with zombies.

Speaking of medical experiments, diseases and zombies, let’s check out Patient Zero. It’s about a condition that turns humans suffering from a zombie-like condition. These zombies, it turns out, speak a certain language, that only one healthy human can understand. Natalie Dormer, Stanley Tucci, and Matt Smith star in this story, due August 14th.

Enough with the Robin Hood movies, okay? Wait, no, enough with the Spider-Man movies that aren’t part of the Marvel universe. Robin Hood is cool. And we have a brand new type of story, one where Robin Hood isn’t exactly the Kevin Costner-type of a romantic hero. It’s more the kind of Russel Crowe-type of Robin Hood. But younger. And more thieving than usual.

Finally, a comedy in today’s trailer roundup! That’s what the Second Act is. It’s also a Jennifer Lopez comedy you’d expect to see like 10 or 20 years ago.

The Darkest Minds comes from the producers of Strangers Things and Arrival. So yes, it’s a horror story. We’ve got a world that fears everyone under 18, so teens must be imprisoned. But where there’s imprisonment, there will be resistance. The film is out on August 3rd.

Based on a true story, Welcome to Marwen is also a comedy, more or less, starring Steve Carell. It’s a complicated story about survival and recovery. Oh, and Carell is joined by a stellar cast, including Leslie Mann, Diana Kruger, Gwendoline Christie. The movie premieres on November 21st.