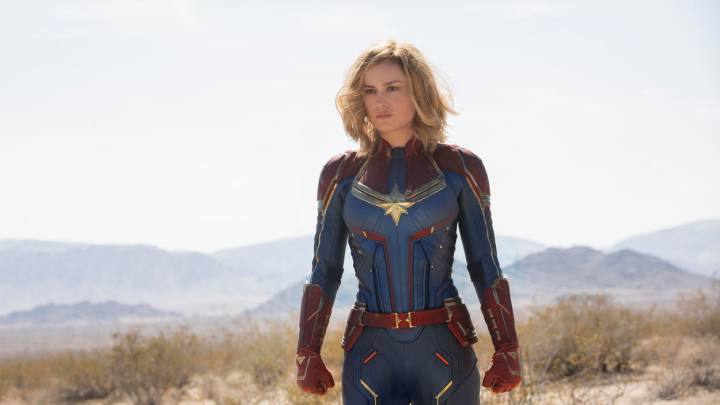 The House with a Clock in Its Walls launches this week, but should you decide to binge on a new show this weekend, then you need to know Netflix’s Maniac is out. While we don’t usually cover TV series in our trailers roundup, this one stars Emma Stone and Jonah Hill. Just saying.

There’s no question that Captain Marvel is the most important trailer released this week, a clip we’ve been waiting to drop for a few weeks now. Captain Marvel is the 21st MCU film, and the first to have a female character as the lead — the Wasp had to share it with Ant-Man. It’s also the movie that will deliver the final pieces of the massive Infinity War sequel puzzle before Avengers 4 drops next year. If that’s not enough for you, we’ve got 12 other trailers for you below.

Coming to Netflix on October 12th, the Apostle flick is a movie about a spooky religious cult and a man’s quest to save his sister.

Amazon, meanwhile, launches a biography drama on the same date, a movie called Beautiful Boy, about a father and his son. It’s all based on a pair of memoirs the two wrote. Steve Carell and Timothee Chalamet star in it.

We talked about Captain Marvel earlier this week when Marvel released the first trailer. Here’s our first look at Carol Danvers again:

The brand new trailer for First Man features is narrated by none other than John F. Kennedy. That alone is a good reason to watch the clip below. The film comes out on October 12th.

A criminal returns to Galveston after a job goes sour to prepare his revenge. That’s what Galveston is about. The film stars Elle Fanning, Ben Foster, and Lili Reinhart, and it’s set to premiere on October 19th.

If Beale Street Could Talk

If Beale Street Could Talk is a love story between a pregnant woman who’s doing everything she can to prove her fiancé isn’t guilty of a crime and her fiancé, who did not do it. The film hits theaters on November 30th.

Disney’s new Mary Poppins, meanwhile, comes just in time for a holiday, with Emily Blunt taking over from Julie Andrews.

Also a Disney joint is the first Wreck-It Ralph sequel, or Ralph Breaks the Internet as they call it. The film opens on November 21st, featuring mostly the same plot. Sort of. We’re still in the world of video games characters, but everyone’s online.

If you love Stan and Ollie, that’s a good enough reason to watch this “untold story” of the duo. We’ve got Steve Coogan playing Stan, and John C. Reilly playing Oliver. The biography launches on January 11th.

The Girl in the Spider’s Web

Come November 9th, the sequel of The Girl with the Golden Tattoo hits cinemas, with new stars taking the Lisbeth Salander and Mikael Blomkvist — that’s Claire Foy and Sverrir Gudnason, if you were wondering.

Illumination’s next animation doesn’t have any minions in it, but it does feature Benedict Cumberbatch as the Grinch. Resisting the cookie will be very hard come November 9th:

Finally, we have a brand new clip for The Oath, a comedy that’s going to get you good and ready for this year’s holiday season. The Oath launches on October 12th, right alongside many of the films above.