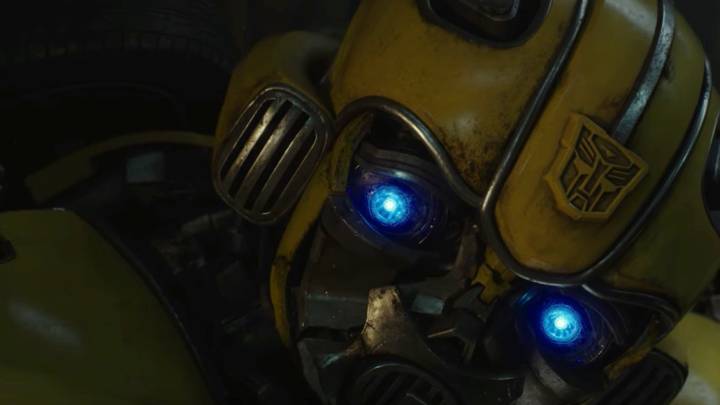 Before I tell you we’ve got a ton of new trailers this week, probably because all movie studios returned to work after last week, I’ll have you know that you’ve got at least three interesting movies hitting cinemas this week. Ocean’s 8 needs no introduction, and we’ve talked Hotel Artemis a few times already. Hereditary is an unexpected surprise and might turn out to be a horror story to see.

Ok, we’ve got a ton of new trailers for you this week, so let’s get to it!

A Star Is Born

It’s Lady Gaga and Bradley Cooper starring in A Star Is Born, with the latter also getting screenplay and directing credits for this drama about music, fame, and stardom. The movie will inevitably get Lady Gaga a music nomination, here’s the first trailer.

Bad Times at the El Royale

Stop me if you’ve heard this before, a bunch of strangers each with some secret, end up at the same hotel. And something terrible will happen.Bad Times at the El Royale has a great cast too, including Chris Hemsworth, Dakota Johnson, Jon Hamm, Nick Offerman, and Jeff Bridges.

I know exactly what I’m doing on December 21st this year. I’m not watching another Transformers movie, even though this one is about my favorite one. Enough!

How to Train Your Dragon: The Hidden World? Now that’s a different story, but we’ll have to wait for March 1st to see the new story.

When a clairvoyant realizes she’s about to die, she hooks up with three different men, one of whom will kill her. Presumably, she’s doing it to save herself?

Remember the “Sixty Minute War?” Of course, you don’t, because it didn’t happen in real life. But in this movie it did. And that’s how the age of incredibly strange moving cities emerged. Here’s a new trailer for Mortal Engines, which is due December 14th.

In Operation Finale, a team of secret agents is sent to track the architect of the final solution, Adolf Eichmann. The movie is based on a real story that took place 15 years after the second world war, with Ben Kingsley playing Eichmann.

There’s no sequel title more annoying than this one: Ralph Breaks the Internet: Wreck-It Ralph 2. The animation, however, might be fun.

Bear with me, I know I said before that we’d had too many Spider-Man movies. But this one might be a lot different. Just watch the new trailer for Spider-Man: Into the Spider-Verse:

The new horror story of the day comes from Amazon Studios, and it’s called Suspiria. Set to premiere on November 2nd, the movie is about a dance company that’s more than just a dance company, if you get my drift.

The Girl in the Spider’s Web

It doesn’t look like one but The Girl in the Spider’s Web is a sequel too. You might have seen the original The Girl with the Dragon Tattoo. It’s Clair Foy, however, who plays Lisbeth Salander instead of Rooney Mara. And Daniel Craig’s Mikael Blomkvist role now belongs to Sverrir Gudnason.

Now, this is a great sequel title, The Lego Movie 2: The Second Part, which also happen to perfectly match the spirit of any lego movie. Part 2 launches on February 8th, and I’ll leave it to you to recognize all the voices:

The Old Man and the Gun

This story is mostly true, the trailer for The Old Man and the Gun. A Robert Redford movie, the film tells the story of Forrest Tucker, a man who escaped San Quentin at the age of 70, and then he went on to perform a series of bank robberies. Of course, he did.

Widows is an action movie starring Liam Neeson, but his character dies pretty early in the film. That’s because this is a story of the widows, the women that survive the deaths of their men, and who have to make the best lemonade possible with the available lemons. Yes, their husbands were criminals.

The final trailer in this week’s roundup is White Boy Rick, a Matthew McConaughey film based on real-life events. We’ve got drug-trafficking, guns, and the FBI.