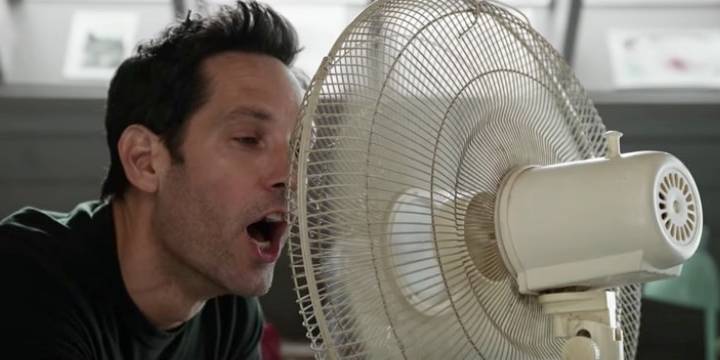 It’s the weekend dinosaur and Jeff Goldblum fans alike have been preparing for, Jurassic World: Fallen Kingdom is landing. The first Jurassic reboot starring Chris Pratt was an unexpected hit at the box office, which was the only reason I watched it. No way would I have willingly subject myself to more Jurassic dinosaur drama, even though it had Pratt it. Fast-forward to summer 2018, and people aren’t that impressed with the sequel. But this time around, I do want to see it.

In other news, we have a bunch of new trailers for you, as well as a new Ant-Man and the Wasp TV spot that just Marvel trolling us after Infinity War.

Ant-Man and the Wasp is coming soon, and every Avengers fan is probably watching. Marvel is heavily promoting the movie right now, and we have a couple of clips to show you, including that tongue-in-cheek clip I told you about, as well as a new clip from the film. Here goes:

Okay, what the hell is happening. They’re making a new Creed movie? Is this like the Rocky franchise of the new generation? I don’t know what to think of it, but I have plenty of time to make up my mind. It’s coming in November 21st, starring Michael B. Jordan and Sylvester Stallone.

In Leave No Trace we have a father and daughter living in the woods apparently. Well, in a park, apparently. Until they’re caught and their life changes forever. Ben Foster and Thomasin McKenzie star in this one, but you might have a tougher time catching it in a cinema near you. The movie was featured at various film festivals this year and is set to launch in some markets come June 29th.

Little Women is almost exactly what you expect from a film with this title. However, this Little Women is set in modern times. Watch it in theaters on September 28.

This isn’t the Paul Newman-Bruce Willis kind of Nobody’s Fool. It’s a brand new comedy, however, set to premiere on November 2, and it’s a movie about a woman released from prison who discovers her sister may be “catfished” by her online boyfriend.

Let’s stay online for a few more minutes, as that’s where the action in Searching takes place. Mostly. It’s about a father who’s using his daughter computer to discover any relevant information that might lead to him finding her.

From Universal Pictures comes this new Steve Carell movie which isn’t exactly the Steve Carell movie you expect. Based on a real story, Welcome to Marwen tells the story of a victim struggling to deal with an attack and attempt to recover. Aside from Carell, it’s got quite a cast, with Robert Zemeckis directing.