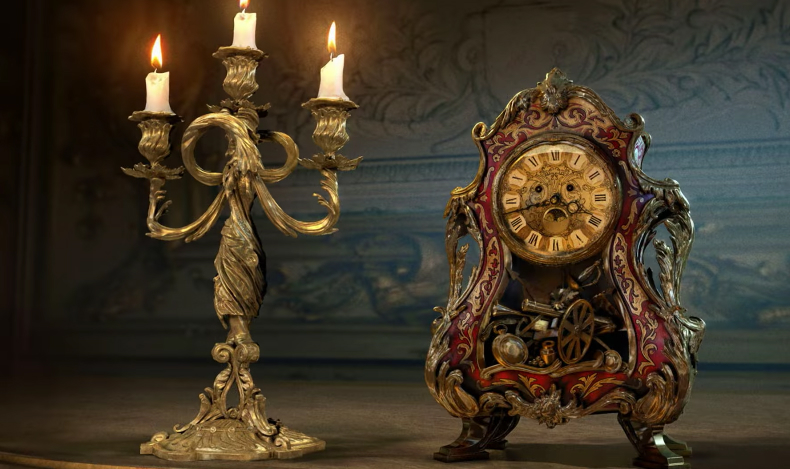 It’s the first Friday of September, which means winter is slowly coming — but not that one. It also means we’ve got some hot new movie clips for you, including a Beauty and the Beast featurette, and a film trailer made by artificial intelligence. Apparently, we do that now.

If you hate horror movies and zombies, 31 isn’t for you. Even if you like them, 31 might not be for you either. It’s a disturbing story about humans having to survive some really twisted life-and-death game. 31 comes out on September 16th.

Hands down, this is one of the best trailers of this week. We often see movies about reincarnating humans. But what if dogs could do it? Come back as dogs again to complete their missions? A Dog’s Purpose opens on January 27th, 2017.

Ok, so this isn’t a trailer per se, but Beauty and the Beast is one of Disney’s most anticipated movies. So we have to check out this short clip if only to see how to of our favorite characters from the original animation will look like in the upcoming hit.

Cardboard Boxer launches in theaters and on iTunes on September 16th, so you won’t have to get out of the house for this one. It tells the story of a homeless man who’s recruited by some rich kids to fight other homeless people. Thomas Haden Church and Terrence Howard star in this one.

This one is about three women whose lives intertwine in a small town. Certain Women opens on October 14th, starring Kristen Stewart, Michelle Williams, and Laura Dern.

Max Steel comes out on October 14th, and it’s a superhero movie. Max is a teenager and Steel is an alien companion. Together they form Max Steel, the superhero.

Manchester by the Sea

A family drama launching on November 18th, Manchester by the Sea tells the story of an uncle (Casey Affleck) forced to become the legal guardian of his nephew after the boy’s father dies.

Remember this one, Netflix fans. Mascots is a movie about mascots and mascotting. It premieres on October 13th, and it has an incredible cast of comedians. Have a look:

We talked about Morgan before, a movie that seems to be related to Netflix’s Stranger Things. It premiers today, but before you watch it, check out this new trailer made by a machine. You know, IBM’s Watson.

You’d think Shut In is a horror, and the trailer certainly makes you feel that way, but the movie is more of a psychological thriller. The film launches on November 11th with Naomi Watts, Charlie Heaton, and Jacob Tremblay in charge of making our hearts beat faster and faster.

A Dog's Purpose Beauty and the Beast Movies trailer