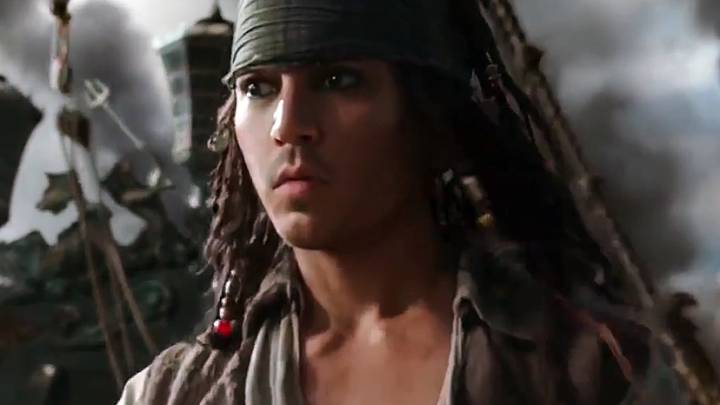 The movie trailers avalanche continues this week with a variety of fresh clips, as studios prepare to debut some of their most important titles of the summer. That also means we’re looking at “final” trailers for some of the following pictures, which are going to launch soon. One of them, Disney’s fifth Pirates of the Caribbean may leak online even sooner than you’d think, as digital pirates are apparently holding it for ransom.

In this shark thriller, we have a bunch of sharks swimming around a cage filled with humans at the bottom of the ocean. They probably have the same problem as a human looking to open canned food without the proper tools. However, this particular type of nourishment only has about an hour of oxygen in the tank before it starts rotting. 47 Meters Down opens on June 16th.

Despicable. Me. 3. What strikes me most about this trailer is that it’s still the minions that make me want to watch it. Judging from it, you’d think it’s a Minions 2 sequel. Despicable Me 3 comes out on June 30th.

Not to be confused with Good Times, Good Time is a crime story set for an August 11th launch that tells the story of a bank robber who can’t really escape those people who want to get a hold of him. Robert Pattinson and Jennifer Jason Leigh partner up for this drama.

This September, Reese Witherspoon comes Home Again. She’s a single mom in Los Angeles, and she lets three dudes move in with her. Nothing about this sounds right, but let’s hope it’s funny.

Kill Switch might actually foreshadow what’s going to happen to our planet in our not so distant future when we’re going to explore with more and more sophisticated sources of energy. When we do, we’re certainly going to need some sort of way to protect ourselves if things go bad. The film is set to premiere on June 16th.

Ok, so Netflix’s Okja got booed at Cannes, but that doesn’t mean you should avoid it. Okja is a monster-like creature that befriends a young girl. Bad people want to get a hold of Okja. We get to watch. Here’s the latest trailer, with the movie set to launch on June 28th.

Biographical drama buffs out there might want to check out The Glass Castle on August 11th when it launches. It’s based on the bestseller of the same name, and it’s a complicated story that’s got everything you’d expect from a dysfunctional family. Brie Larson, Naomi Watts, Woody Harrelson, and Sarah Snook star in this one.

Remember The House? It’s that Will Ferrell and Amy Poehler movie about a man who convinces his family and friends to run an illegal casino in his house to try to get back the college fund for the daughter.

Yes, this is probably a really dumb idea for a movie. But Sony is making it anyway. At least we have a great cast voicing all these emoji, and at least they’re not ugly Android blobs. The film has a July 28th release date, so you have plenty of time to decide if it’s worth it.

Tom Cruise’s The Mummy looks interesting particularly because it opens up the possibility of Universal turning it into a great adventure franchise. The fact that Russell Crowe plays Dr. Jekyll is a giveaway that Universal has big plans for it. But will The Mummy impress? We’ll find out real soon, as the movie hits stores on June 9th.

If you loved the original Nut Job, you’d probably appreciate the sequel as well. If you can’t really remember what happened in the first one, as it’s my case, then you’ll probably want to revisit it before diving into the sequel. Will Arnett is still part of the project, and he’s joined by Katherine Heigl, Maya Rudolph, and Jackie Chan. Mark your calendars for August 11th for this one.

This is the last trailer for Transformers: The Last Knight ahead of its June 21st launch, and it’s the last you’re going to hear from me about it.

If there’s one Sci-Fi movie to see this year that’s Star Wars: The Last Jedi — what did you think I was going to say? If you have time for you, then Luc Besson’s Valerian and the City of a Thousand Planets is the other. Out on July 21st, Valerian is a sight to behold. And I personally hope it’ll be turned into a great franchise.

War is finally upon us. And by finally, I do mean July 14th, when War for the Planet of the Apes is hitting cinemas. Here’s another taste: