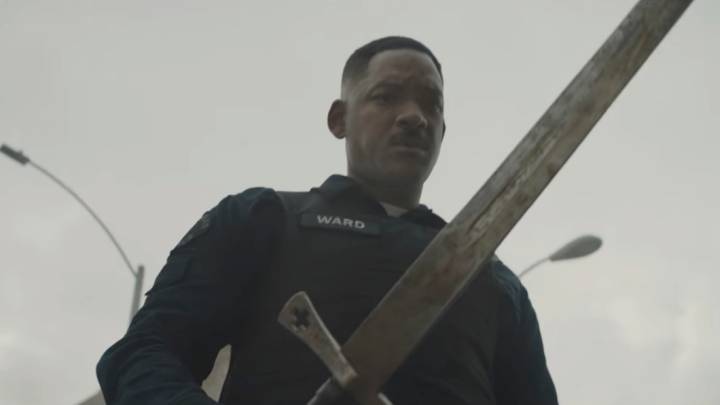 The moment you’ve been waiting for is finally here, it’s the weekend, which means it’s time for movies again. We’ve got no less than 15 fresh trailers to check out, including plenty of clips for many animation films launching in the coming months.

Get ready for a slew of Netflix-made full motion pictures to invade your regular streaming program this year. Starring Will Smith, Bright is one of them, and it’s about a modern-world cop wielding a sword. Well, that’s not it, but you must be interested in Bright right about now. Let’s just call it a different version of Men in Black, but without aliens. Bright hits Netflix this December.

Baby Driver is a heist movie with quite the cast. Opening on August 11th, the movie is about a gifted young driver called Baby who has to keep driving getaway cars, whether he likes it or not. Ansel Elgort, Kevin Spacey, Jamie Foxx, Jon Hamm, Lily James, and Jon Bernthal star in this one.

If there’s one new animation I’m waiting for this year, that’s the new installment of Despicable Me. The third part arrives on June 30, featuring the same Gru, his children, and his minions. Oh, and there’s Dru, Gru’s twin brother, played by the same Steve Carell.

Diary of a Wimpy Kid: The Long Haul

The creators of Wallace & Gromit and Chicken Run are back with a brand new creation called Early Man. Tom Hiddleston, Eddie Redmayne, and Maisie Williams deliver some of the voices in this animation about the complexities of human life back in the very, very early day. The film launches on January 26th.

When everybody has a gun in a firearms transaction, things can and will get messy. That’s what Free Fire, a movie produced by Martin Scorsese, is all about, and it hits cinemas on April 21st.

Kate Mara plays Megan Leavy in the biographical drama of the same name. It’s a war story about a soldier and her amazing dog responsible for saving thousands of lives in Iraq. Megan Leavey launches June 9th.

Okja is also a Netflix original movie that will be released later this year, likely in June. It’s a sci-fi story about the bond between a girl and a huge animal that goes by the name of Okja.

The Immortal Life of Henrietta Lacks

This might be a TV movie hitting HBO on April 22nd, but it’s still one that should be on your radar. The Immortal Life of Henrietta Lacks tells the story of an African-American woman whose cells were used to create the first immortal human cell line in the early 1950s.

Rooney Mara plays Rose in The Secret Scripture, a woman who chronicled her extended stay at a mental hospital in a detailed diary. The movie comes out May 19th.

Optimus Prime is going all bad guy in the next Transformers episode. But the new trailer hardly focuses on any of that, though we get to see plenty of robots.

Voice from the Stone

None other than Mother of Dragons Emilia Clark stars in Voice from the Stone, a drama about a boy who went silent since his mother died, and a nurse who comes to assist him. The movie launches April 28th.

One other highly anticipated movie that we talked earlier this week is Wonder Woman. Watch Diana Prince discover her special power in this new clip from the upcoming superhero movie.