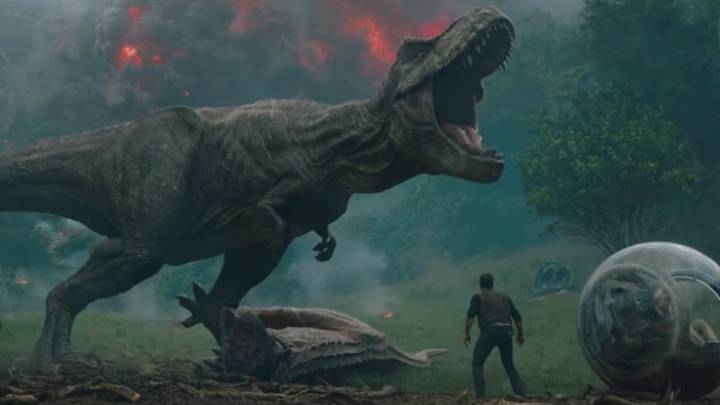 We’ve got less than a week to go, Star Wars fans, and we’ll finally get to watch the second part of Disney’s new trilogy. Many of our questions will hopefully be answered in The Last Jedi, but plenty of mysteries will linger on. After all, this is just the second part. A third, and final episode launches in 2019.

But until then, we’ve got a few hot trailers to watch, including the first trailer for the new Jurassic World movie.

This story is based on real-life events, an airplane hijacking from 1976, when four people force a plane to land in Uganda, in Entebbe. That’s what 7 Days in Entebbe is all about. Well, it’s about the rescue mission. The movie launches on March 16th.

We’ve seen a bunch of teasers throughout the week, but this is the first full trailer for Jurassic World: Fallen Kingdom. Chris Pratt is back, and this time around the dinosaurs need saving. Apparently. Naturally, we expect things to go very, very wrong. This won’t be our first Jurassic safari. The film drops on Jun 22nd.

Let’s switch gears to a different kind of movie. Please Stand By is not an action-packed flick about monsters, bad guys, or the dark side. It tells the story of Wendy (Dakota Fanning), an autistic woman who runs away from home just so that she can submit her manuscript to a writing competition. Please Stand By arrives in cinemas on January 26th.

Star Wars is almost here, which means it’s time to take a look at a fresh trailer. Mind you, this is an international trailer, so don’t get too excited. Remember, we’ve got less than a week to go:

In theaters next March, Midnight Sun is a Schwarzenneger drama. Wait, it’s not Arnold, it’s Patrick, his son. It’s about a girl who’s got to stay most of the time indoors because she suffers from a rare disease. Yes, it’s like Everything, Everything. But different.