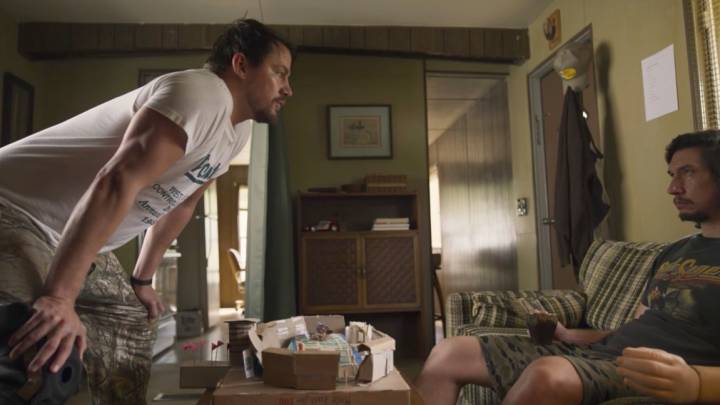 What better way to end a week dominated by the covfefe meme and the climate change chatter than hit cinemas to watch a movie? And it’s not just Wonder Woman that’s opening this week, although I totally get it if that’s the only film you want to see right now. But before you head out, you should really see some of the brand new trailers that were released this week.

Baby Driver isn’t some sort of cute animation of, you know, baby driving. Baby is one of the best drivers in town, and Baby Driver is a movie about daring bank heists in which Baby is involved. It’s also due June 28th, so let’s check out one more trailer. And yes, it’s got a pretty impressive cast, so it’s definitely a movie to see this year.

It Comes at Night

If it’s horror stories you seek, then we’ve got you covered. Out on June 9th, you’ll finally find out what comes out at night in It Comes at Night. It’s supposed to be really scary.

Baby Driver isn’t the only car-related heist movies hitting theaters this summer. You also need to be aware of Logan Lucky, which launches on August 18th. In this one, we have two brothers that want to pull off a heist during a NASCA race. And this one’s got an amazing cast as well. Yeah, it’s a sort of a Ocean’s movie, and you’ll see why in a second.

Murder on the Orient Express

We continue with more crime stories, and Murder on the Orient Express certainly fits that profile. We’ve got Johnny Depp, Michelle Pfeiffer, Kenneth Branagh, Daisy Ridley, Josh Gad, and many others in this Agatha Christie remake, due on November 10th.

Paddington returns in Paddington 2. Yes, it’s a bear struggling to fit in. The family comedy launches only on January 18th, so there’s plenty of time to see the original if you haven’t done so yet.

We talked about Rough Night night before. It’s like Hangover, but with girls. And someone dies during all that partying. It’s also like Weekend at Bernie’s. The movie comes out on June 16th, but here’s a brand new trailer for it.

If it’s comedy you’re looking for then The Little Hours should be on your radar. Launching on June 30th, the movie is set in the middle ages telling the story of a young man trying to escape his master by seeking shelter at a convent.

The Mountain Between Us

Just as you may have guessed there’s a mountain in The Mountain Between Us. And it’s the scary kind of mountain that will kill you if your plane happens to crash there. Idris Elba and Kate Winslet are the ones that will have to survive the mountain and return to safety in this one. The movie launches October 20th.

Victoria and Abdul is based on the true friendship between Queen Victoria and a young Indian. And Judi Dench plays the queen, who else? The movie comes out on September 22nd.